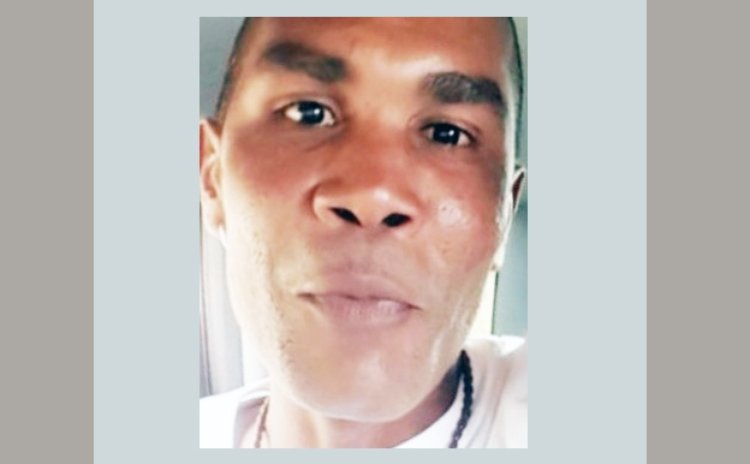 A 10-year murder sentence handed down to a Good Hope in what was described by High Court Judge, Justice Wynante Adrien-Roberts as a "senseless killing" has left the family of the deceased, "shocked and disappointed."

"My family and I expected a stiffer sentence and I am disappointed," Yvette Laurent, sister of deceased Englebert Laurent, 39, of Good Hope said. "The brutal manner in which my brother was murdered and the fact that these two men were so very close hurts because I expected a greater sentence."

Chester Seraphine also of Good Hope appeared before the High court on July 6, 2022, for sentencing following his pleading guilty to the murder of Laurent on March 10, 2018.

The facts of the case are that on Friday, March 9, 2018, at about 9:00 p.m., Laurent and Seraphine arrived at a bar in Good Hope, both appearing to be under the influence of alcohol. They began dancing together to the music playing at the bar but an argument later ensued with the bar owner over whether the tab was paid in full.

Seraphine then asked Laurent to settle the bill and pay the amount in full which resulted in Laurent threatening Seraphine. The bar owner asked them to leave and they complied but the two men continued arguing with each other.

Their argument continued into the wee hours of March 10, 2018, and at about 1:00 a.m., during the confrontation, Laurent pulled out a pen from under his shirt and Seraphine picked up a stick and struck him in the head. According to Seraphine, after Laurent fell to the ground he then realized that he was attempting to stand, hence he took the stick and continued hitting him in the head to ensure that he was dead. Thereafter, he ran away.

At the sentencing hearing, Justice Adrien-Roberts told the court in constructing the sentence, she adhered to the law on sentencing as outlined by the Eastern Caribbean Supreme Court.

While the judge told the court that the maximum penalty for murder is the death penalty, she said such was not applicable in this case as there was no notice to the court by the Director of Public Prosecution (DPP) for consideration of this sentence and the circumstances of the case did not warrant such a harsh sentence.

According to Justice Adrien-Roberts, section 10 of the practice directions gave guidance for a more fitting sentence for Seraphine's case, a determinate sentence of 25 years within a range of 15 to 35 years.

She then established the starting point at 25 years imprisonment and adjusted upwards and downwards for the mitigating and aggravating factors.

In adjusting the sentencing for the aggravating and mitigating factors of the offense, the judge stated that the fact that the crime was committed in the view of the public and the dismemberment of the victim's body as he was so marred that there could not be a public viewing at his funeral, the sentence was increased by two years.

However, the court found that the mitigating factors for the offense outweigh the aggravating factors. The fact that the offender assisted and cooperated with the police during their investigation, he was provoked by the victim and the victim was the aggressor afforded him a discount of four years.

In the second step of the construction exercise, the court adjusted the figure within a range for aggravating and mitigating factors affecting the offender.

The aggravating factor of Seraphine was that he had six prior convictions, the sentence was adjusted upwards by one year, but reduced to 18 months for the mitigating factor which was, that he had shown genuine remorse. The sentence then stood at 22 years and 6 months.

For his guilty plea, Seraphine was afforded a discount of one-third of his sentence, seven years and six months which brought his sentence down to 15 years.

The court was also required to give full credit to the defendant for the time served on remand awaiting trial.

Seraphine had been remanded at the Dominica State Prison since March 12, 2018, for a total of 1577 days or four years, three months, and 24 days.

Accordingly, the sentence was reduced and stood at 10 years, 8 months and six days.

Seraphine was represented by Peter Alleyne of the Legal Aid Clinic and State Attorney, Daina Matthew, represented the office of the DPP.

While the sister of the deceased said she understood that the Judge acted in accordance with the law, she noted her displeasure with the fact that greater discounts were provided for the mitigating factors whereas additional jail time for the aggravating factors was less. "With everything that is happening right now and the increase in murder cases in Dominica, I think this does not send a strong message to persons who think it is okay to brutally murder someone for something so small. I don't think we are sending a strong message out there because I thought the court would have used this case to set an example to deter others," she stated.

When questioned on the possibility of forgiveness to Seraphine, through tears, the grieving sister stated, "I don't think I can."

"This touched me because they were so close and this happened for no reason. The day this happened, I looked at him [Seraphine] and asked him why he did it and he said nothing," she recounted. "This is something that is very painful for me so I don't think I would be able to accept an apology from Chester."