Month of the elderly feature 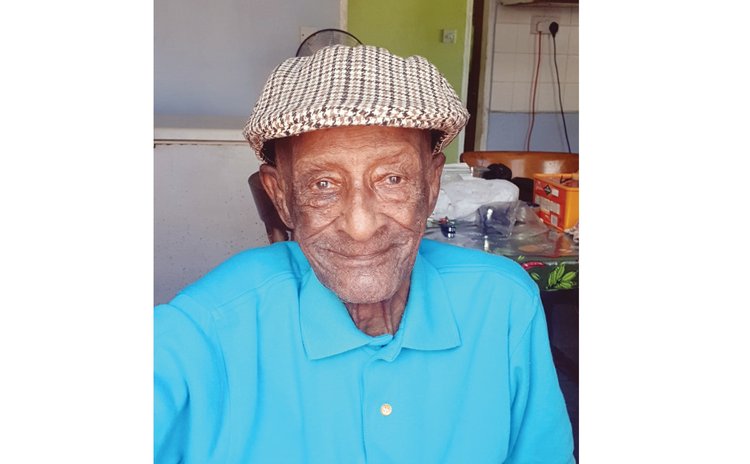 Ask Oscar "Popeye" Joseph his secret to celebrating 106 trips around the sun, and he'll tell you: "I don't have no special diet, I eat anything at any time. I can get up any time in the night, go in the fridge if I am thirsty I drink ice water, if there is a banana I eat the banana. I wake up and if I feel like sleeping the whole day, I do. I always say that I don't want to die tired."

Another piece of advice which the centenarian, well known in Dominica for his ice cream and his famous ice cream truck, Popeye has to men is to "take a break" (from sex) as he says that this will add to their longevity.

He attended the Roseau Boys School and then moved on to the Roseau Mixed School.

A few years later, Joseph migrated to Antigua where he spent 13 years and within that period he eventually met his love, Daphne Dover.

But just how did the legendary Mr. Popeye get his name?

Upon his return to Dominica from Antigua, the carefree centenarian became a sailor and travelled around the world. Before his sailing days ended, Joseph began preoccupying himself with what life would be after he made dry land his home again.

One day while in the South of Wales, he sighted a van parked on the jetty selling ice cream and so the proverbial light bulb went on in his head and he began working on acquiring an ice cream van and with the help of an Irish friend, he was successful. He acquired a van with the mural of the cartoon character Popeye on it and he brought it home and began experimenting on various flavours of ice cream. The distinctive taste of Mr. Popeye's ice cream was born and the name of the cartoon character became his own.

Since the original Popeye truck, Joseph has purchased two more but after selling ice cream for 50 years he has since passed on the business responsibility to his son, Lester Joseph.

At this moment of his life, he is cared for by his daughter Jiselle Allport as well as Lester, with whom he lives in Goodwill.

Speaking on her father's current health, Allport told the Sun: "He has always been a very independent man who took care of all his business. Unfortunately, he fell and fractured his hip in June 2016. Since then he has had to use a walker to get around. I have tried several helpers outside the family circle, but he becomes very agitated when strangers come into his space. Therefore, I had to resort to doing it myself and with the help of Lester."

"He has all his mental faculties. However, on rare occasions he becomes disoriented. When this happens, I realize immediately that it is a sign of dehydration, and I immediately pump him with fluids, which helps. Taking care of senior citizens is not an easy task. You need to be very patient and go with their flow, otherwise, they get very resistant to your demands," she added.

After concocting so many delicious flavours of ice cream, it's no surprise that the centenarian now has a sweet tooth which family members say does not affect his health.