(UWP Government buys land for the construction of an international airport) 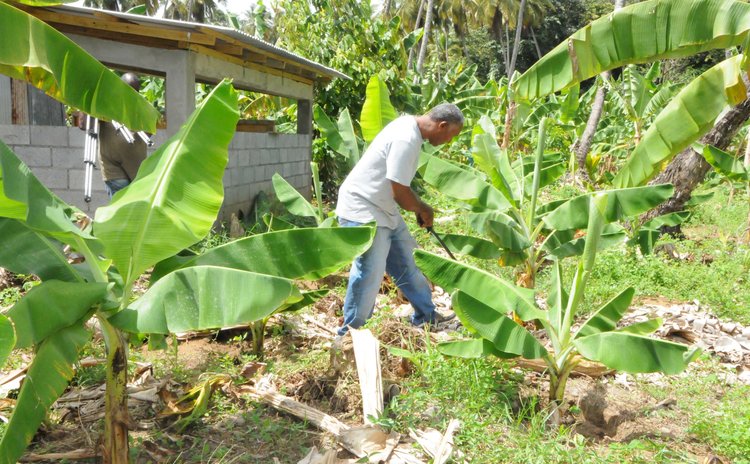 Government has paid EC$16 million to the heirs of the deceased F.A. Laville, the owner of Londonderry Estate, construction of the international airport. But tenants and squatters say they will not move come hell or high water.

Government and the administratees of the estate, Marie Joan Armour and Rose Aird, recently concluded negotiations for the purchase of the 663-acre estate, an informed source told The Sun. The landowners originally requested EC$43.8 million. Negotiating on behalf of the heirs were Mr. Jim Robinson, P. Munro and Attorney-at-Law Anthony Astaphan. Lands and Surveys Director, Livingston Cassell negotiated on behalf of Government.

Government has indicated it is going ahead with its for the construction of a US$110 million international airport. Ground breaking for this major project is expected to begin in March 2000. There has been much opposition to the site government has selected and especially the social hardships that the construction will cause to residents of the area.

Last week tenants of the Londonderry Estate held a press conference in Roseau to show their dissatisfaction with Government's plans. According to the farmer representatives, they have been tenants on the estate for more than 30 years.

"I have a family and my wife is a sickly person. I don't know what to do; I'd like to know what to do," said Mr. Phillip Titre who said he has been a tenant on the estate from 1956. "Either the bulldozer or the bullet will take me out from there but I'm not moving." "All I know I'm not leaving, to get rid of me they have to kill me, "said Tom Rolle who has been a tenant on Londonderry Estate for 32 years.

The farmers say they received a letter from agent of the Government, Mr. Livingston Cassell, on June 24 ordering them to vacate the land within six months.

"Information received by the previous owners indicate that there were no tenants on the estate," said Mr. Cassell, the Director of the Lands and Surveys Department told The Sufi that though priority for land allocation will be given to the farmers of Wesley/Woodford Hill government will consider what can be done for the displaced farmers. Eighty-two persons are to be affected.

Though the airport will not be located in the Londonderry area, Government has zoned the estate for tourism, industrial and agricultural development.

Meanwhile Government last week began talking to 166 Wesley and Woodford Hill farmers whose lands will be used for the construction of the airport. Seventy-two of the 166 farmers say they want cash for their land.