Scotland votes "No" to independence 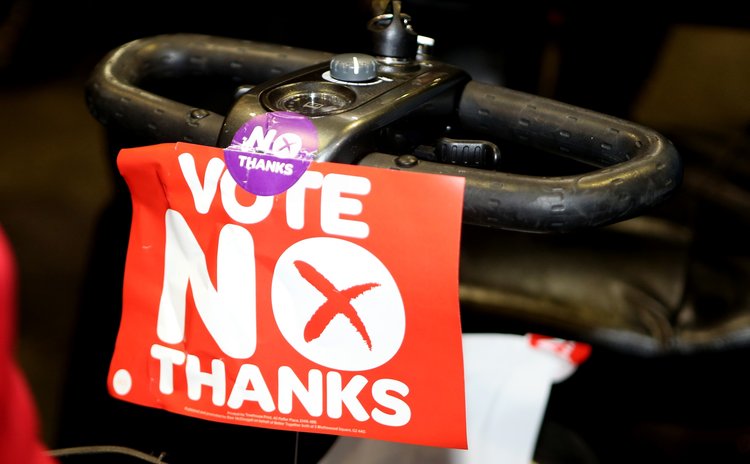 EDINBURGH, Sept. 19 (Xinhua/Sun) -- In a historic referendum on the future status of Scotland, the "No" campaign won the vote on Friday to keep the territory within the United Kingdom.

About 55.42 percent of the Scots voted against independence while 44.58 percent voted in favor, and the turnout is 84.48 percent, according to the final result of the total 32 local councils announced by Chief Counting Officer Mary Pitcaithly.

After Thursday's vote, the "No" side led the "Yes" side by about 2 million votes to about 1.62 million votes, showed the announced result.

Shortly after the result of 31 councils was announced, Scottish First Minister Alex Salmond, who is also the leader of the Scottish National Party, accepted the defeat in the Referendum, saying "Scotland has decided No at this stage."

Then in London, British Prime Minister David Cameron said he was delighted that the United Kingdom would remain together and called for national unity, pledging that Scotland will have more powers over its affairs.

The overnight votes counting for the referendum started immediately after the ballots closed on Thursday night.

The referendum was overseen by the British Electoral Commission,independent election watchdogs and regulators of parties.

This is the first Scottish independence referendum in Britain's history and official figures showed that about 97 percent of those eligible to vote in Scotland signed up to vote in the referendum, which is the biggest poll in Scotland's history.

If a simple majority of Scots voted for independence, Scotland would become independent on March 24, 2016 after a period of negotiations with the rest of the UK, according to the whitepaper Scotland's Future published by the Scottish government on Nov. 26, 2013.

As the "No" campaign has won, Scotland will have more powers as promised by the leaders of the three main parties in London, namely,Conservative Party, Labour Party and Liberal Democratic Party.

In October 2012, Cameron and Salmond signed the Edinburgh Agreement, allowing Scotland to hold an independence referendum in autumn 2014.