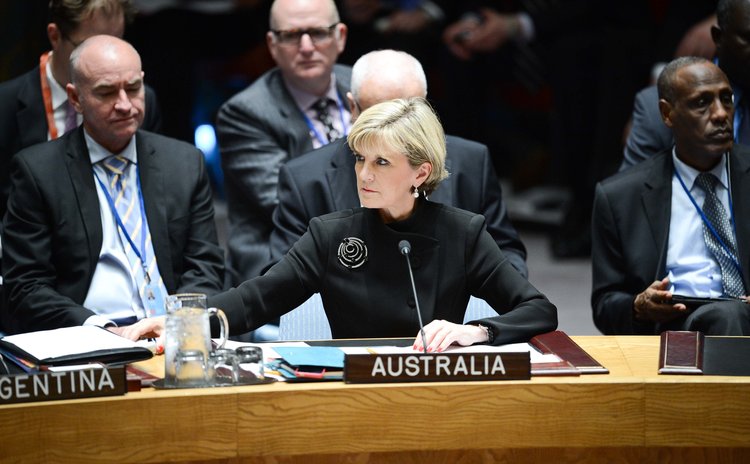 UNITED NATIONS, Sept. 19 (Xinhua/SUN) -- The UN Security Council on Friday urged the international community to "further strengthen and expand support" for Iraqi government in fighting Islamic State in Iraq and the Levant (ISIL).

In a presidential statement issued here at a ministerial debate chaired by U.S. Secretary of State John Kerry, the Council members strongly condemned attacks by terrorist organizations, including ISIL and associated armed groups, in Iraq, Syria, and Lebanon and emphasized that "this large-scale offensive poses a major threat to the region."

Expressing its deep outrage about killing, kidnapping, raping, and torture by ISIL, as well as its recruitment and use of children, the 15-nation body noted that some of the terrorist group's violations may constitute war crimes and crimes against humanity and stresses accountability.

In this regard, the Council stressed the need that all perpetrators should be brought to justice, and called on the Iraqi government and the international community to work towards this.

"The Security Council urges the international community, in accordance with international law to further strengthen and expand support for the Government of Iraq as it fights ISIL and associated armed groups," said the statement.

The Council also reiterated "the urgent need" to stop any direct or indirect trade in oil from Iraq involving ISIL with the aim to put an end to financing terrorism.

The meeting is an initiative of the United States, Council president for September, to demonstrate support for the new Iraqi government as well as the international effort to counter ISIL.

Iraq is facing an insurgency by the jihadist group ISIL, also known as the Islamic State of Iraq and Syria (ISIS) and the Islamic State (IS), which has forced thousands of people mainly from minority communities to flee their homes.

The group, whose fighters had seized vast swaths of territory in northern Iraq since June and announced the establishment of a caliphate in areas under its control in Syria and Iraq, has released videos showing the beheadings of two American journalists and a British aid worker.

The increased Council attention to a counter-terrorism approach to ISIL over the course of several months has been demonstrated with the adoption of a July 28 presidential statement prohibiting illicit oil trade as a source of revenue for terrorists, the Aug. 15 adoption of resolution 2170 on ISIL and al-Nusra Front and the upcoming Sept. 24 Council summit meeting on the issue of foreign terrorist fighters.