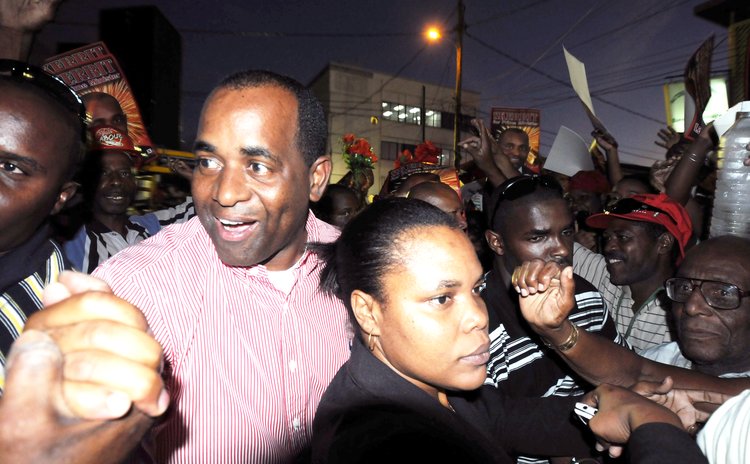 You could almost hear a mixture of sighs of relief and groans of disappointment. The sighs came from Prime Minister Roosevelt Skerrit and Education Minister Petter St. Jean and their supporters when the Eastern Caribbean Supreme Court ruled on Monday that they were legally elected. The groans came out of supporters of the opposition United Workers Party (UWP) who always believed their case was a slam dunk. Both sides had waited for more than three years for that decisive decision.

In a 27- page judgement, Appeal Court judges Janice M Pereira, Mario Michel and Don Mitchell unanimously dismissed an appeal of a High Court decision that ruled Skerrit and St. Jean were not disqualified to be nominated to contest the 2009 general election for allegedly holding allegiance or adherence to a foreign state, France, in contravention of the Dominica Constitution.

One of the major statements of the appeal judges was: "Petitioners making specific allegations in their election petitions about the existence of a disqualification must bring the appropriate evidence to prove their allegations" and Judges Pereira, Michel and Mitchell stated that they supported Judge Gretel Thom's decision that "there was no direct evidence of the allegations of disqualification made in the petitions" and therefore, "she was entitled to dismiss the petitions".

At the High Court, UWP lawyers had argued that in the absence of direct evidence, the court could draw inferences that St. Jean and Skerrit must have had the alleged passports. Examples of these inferences: Skerrit and St. Jean have not denied that they hold such passports and did not take any of numerous opportunities to deny the allegations; they resisted the applications for discovery and subpoena brought against them claiming that they have the constitutional right to refuse to give evidence that might incriminate them; they refused to testify at the trial and that prior to nomination day St. Jean and Skerrit wrote letters of renunciation of their French citizenship.

But the Appeal Judges agreed that Judge Thom was correct to ignore these inferences.

Appeal Judge Mitchell wrote: "She reviewed the authorities and concluded that before the court could draw an adverse inference from the absence or silence of a witness there must be a prima facie case to answer on that issue. She set out her reasons for finding that Mr. Green and Mr. Joseph had not established a prima facie case that Mr. Saint Jean and Mr. Skerrit had by their own act acquired, renewed or used French passports.

"The allegations made by Mr. Green and Mr. Joseph against Mr. Saint Jean and Mr. Skerrit in the election petitions were detailed and specific, and it was for Mr. Green and Mr. Joseph to bring the necessary proof of them. This is not a civil trial, and no default judgment can be entered to an undefended election petition. Though a suspicion may be raised by the failure to file a defence, it was not open to the trial judge under the House of Assembly (Elections) Act ( "The Elections Act") to substitute the drawing of inferences from the absence of a defence for direct evidence of the allegation made in the election petition".