Labassiere Gets 12 Years for Manslaughter 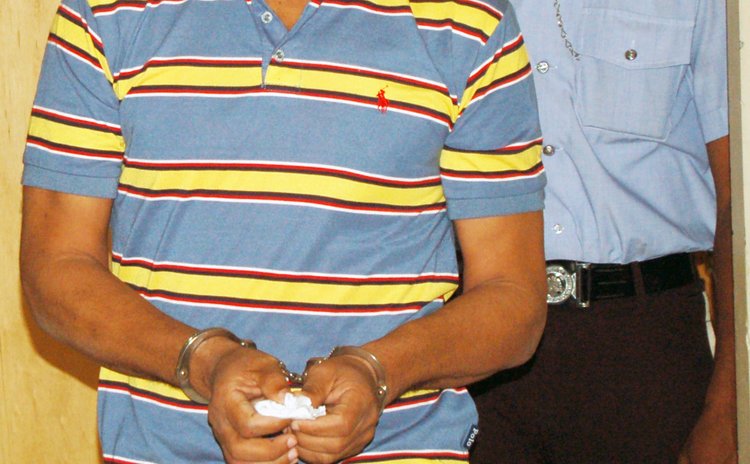 Attorney Darius Jones put in a lengthy plea in mitigation on behalf of Labassiere during sentencing exercise at the Roseau High Court on Monday March 25, 2013. Jones cited the break down in relationship between Labassiere and Leblanc over land with the passage of time, and exacerbated by Leblanc's two sons whom Labassiere accused of stealing his goats.

Labassiere, he added, had repeated that he felt sorry for his grand uncle.

Jones described Labassiere as a loner who did not have even a basic education or family life in any tangible way. Certain social skills were never acquired and he grew up with little guidance even though he lived among his relatives.

Jones also commented on sentences for similar offences and even murder for the judge to take into account in passing sentence.

Trial judge Justice Birnie Stephenson reminded the court of the case from indictment for murder of Ambrose Leblanc of Vieille Case between February 16-10, 2011 , the consequent five-day trial which spoke of an altercation between the defendant and the deceased and how he hit the deceased on the head with a piece of pipe; how his grand uncle was taken to the Reginald Armour Hospital in Portsmouth on February 16, 2011 and to the Princess Margaret Hospital on February 18 and died one day later on February 19, 2011.

Justice Stephenson noted that the forensic pathologist Dr Jeffrey Nine found that Ambrose Leblanc died from a stroke with the contributing effect of a blow to the head.

A jury of six women and three men found Labassiere guilty of manslaughter after deliberating for nearly three hours on Monday February 25, 2013.