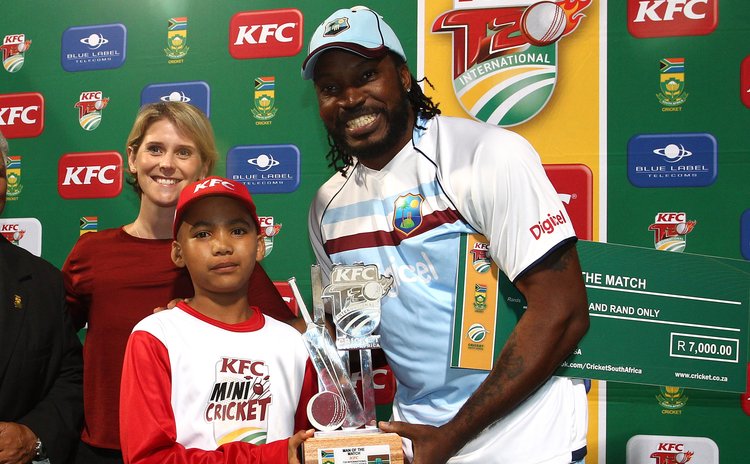 CAPE TOWN, South Africa – Chris Gayle was at his power-hitting best as West Indies drew first blood over South Africa in the opening contest of the T20 International Series, on Friday night.

The big left-hander slammed an incredible 77 off just 31 balls as West Indies made 168-6 to overhaul the 165-4 by the Proteas. West Indies won by four wickets with four balls to spare to take a 1-0 lead in the three-match rubber.

Gayle marked a triumphant return to the international stage as he smashed the ball to all parts of Newlands, to the delight of the crowd of close to 20,000. He counted five fours and eight sixes to win the Man-of-the-Match award. He reached 50 off just 17 balls – to equal the record for the fastest half-century.