2020's Christmas: That's What a Pandemic Christmas looks like 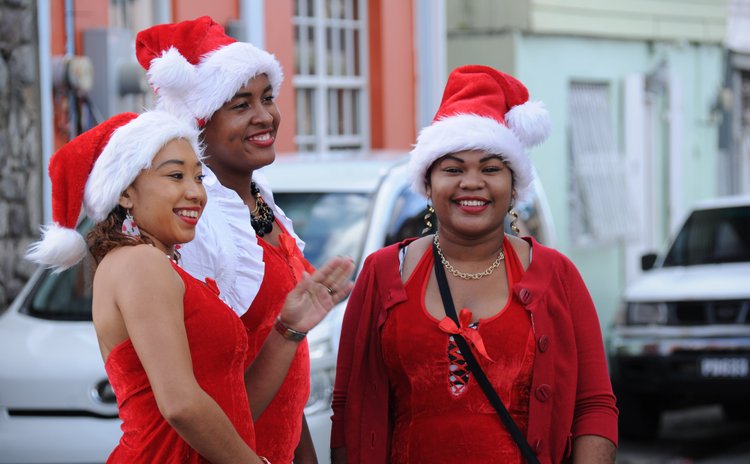 "I'll be home for Christmas, if only in my dreams" … Bing Crosby

"Next year, all our troubles will be out of sight" … Frank Sinatra

"I'm dreaming of a … Christmas, just like the ones I used to know" … Michael Bubble

As we sing along to some of our favourite carols, like the ones above, somehow Christmas 2020 has a hollow ring to it.

This Christmas is certainly not "like the ones (we) used to know". It is a "pandemic Christmas"; death is already setting records, especially in the United States of America where thousands of our fellow Dominicans live and work. There, nearly 2,900 lives were lost in a single day last week, and the Centre for Disease Control (CDC) says COVID-19 may claim nearly 330,000 Americans by 26 December.

In the US and elsewhere, healthcare workers are physically and emotionally spent; the system is cracking under the strain. But as we prepare this issue of the Sun Newspaper, on the eve of the season of hope, the world has created a number of vaccines to combat the virus.

There are no statistics to confirm it beyond reasonable doubt but based on the low level of activity one can observe in shops and stores in Roseau, Christmas 2020 could be the worst ever for consumer spending. Nevertheless, this situation may be a blessing in disguise and could be an opportunity for Dominicans to recapture the true meaning of Christmas and to de-emphasise that element of consumerism that we have adopted over the years.

Christmas 2020 will be awful for retailers because our glum economy has been made worse by the devastation of the COVID-19 pandemic and the cancellation of revenue generating activities such as the World Creole Music Festival (WCMF) during the Independence celebration period and carnival 2021. So owners of businesses who depend on Christmas sales for approximately 40 per cent of their total annual sales will have a tough time at Christmas 2020.

Spending at Christmas has also contracted because the economies of the industrial countries have plunged to levels we saw only during the Great Depression of 1929. In the past, Dominicans depended heavily on remittances from friends and relatives in United States, Canada and the United Kingdom to purchase food, toys and drinks for Christmas. Other Dominicans had to dip into their savings or borrow from financial institutions such as Fast Cash or community credit unions to spend for Christmas. Undoubtedly, this new debt will affect loans and mortgage payments next year and that increased liability will have a negative impact on the economy because the public will have less money to spend. A nation cannot consume more than it produces and unquestionably, Dominicans have been unproductive in 2020 as they have been many years in the past.

Beyond any doubt, Christmas had lost much of its spirituality long before economic pressure forced Dominicans to think twice about excessive spending. For many years, persons have had second thoughts about the tradition associated with the celebration of Christmas such as the exchange of gifts and decorating Christmas trees. Many religious denominations have also begun questioning the origin of Christmas and its connection to paganism. But this has not dampened the public's recognition of Christmas as an important event on the nation's annual calendar.

Christians contend that one should always consider the intent of the church's choice of December 25th as the birthday of Jesus Christ and not its origin. They suggest that the date represents the triumph of good over evil and Christmas provides Christians with an opportunity to show love, share happiness and to donate to the needy. If there was no Christmas, they argue, many persons would not have the chance to give and to receive and to show goodness for goodness sake.

Christmas coincides with the end of the year and the culmination of the festivities ushers in a new year. While businesses do all in their power to capitalise on the commercialization of Christmas, the Sun and other news organisation, review the major news events of the year. As usual this year the Sun presents its special News Review but we have maintained our tradition of naming our Personality-of-the-Year in this the final issue of the year.

This year the Sun's Personality-of-the-Year is Dr. Irving McIntyre, the Minister of Health for his leadership in maintaining control of the COVID -19 pandemic. In the past we have named the person-of-the-year based on an analysis of the news and by consultation with key individuals in the business of collecting and processing the news. Our choice has always been the person, institution or organisation that stands out as a significant newsmaker during the year. As we have suggested, our Personality-of-the Year should, for better or for worse, have affected the lives of a large majority of Dominicans.

As our front page story indicates Dr. McIntyre was appointed Minister of Health a few short months before the new coronavirus announced its arrival to Dominica's shores. For our Person-of-the-Year, the last ten months of managing an unknown and deadly enemy must have been extremely taxing, the subject of horror movies.

Finally, on behalf of the staff of the Sun we wish all our readers, contributors, critics, vendors, subscribers and advertisers a Merry Christmas and a Prosperous New Year.