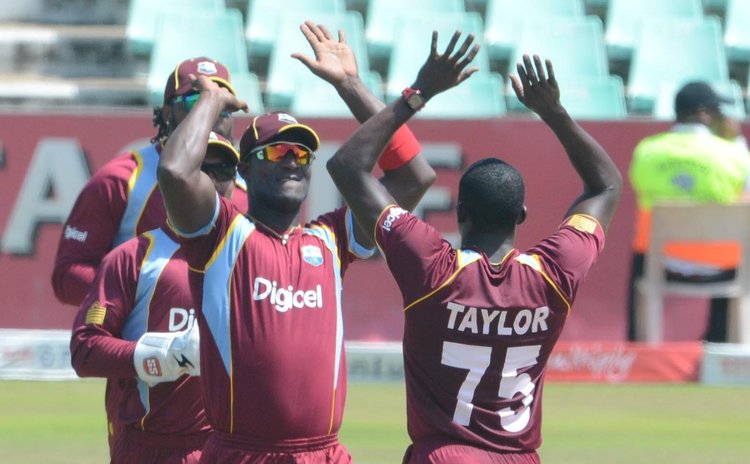 West Indies celebrate the taking of a wicket

DURBAN, South Africa – Jason Holder said he enjoyed his first time as West Indies captain by was disappointed the team ended on the losing end to South Africa in the opening encounter of the five-match One-Day International Series.

South Africa won the toss and made 278-8 off 48.2 overs in the rain-affected match at Kingsmead on Friday night. After two rain delays, West Indies were set a revised target of 226 off 32 overs (under Duckworth/Lewis Method) but were bowled out for 164 off 28.2 overs.

South Africa skipper AB deVilliers top scored with 81 and had five dismissals with the gloves to win the Man-of-the-Match award. West Indies fast bowlers Jerome Taylor and Andre Russell bowled well to take two wickets each. In the batting, Chris Gayle hit a blistering 41 off 24 balls in an opening stand of 51 with Dwayne Smith (29).

The captain said the Windies will look to bounce back when the two teams meet in the second encounter at the Wanderers on Sunday morning. First ball is 10 am (4am Eastern Caribbean Time/3am Jamaica Time).