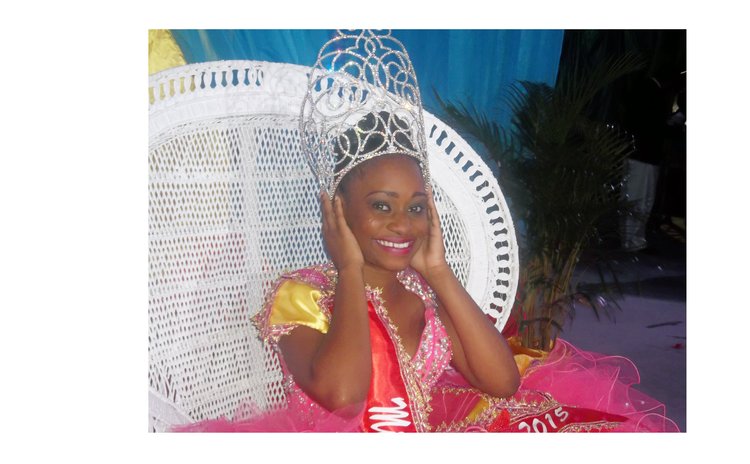 The title of Miss Teen Dominica has once again returned to Portsmouth. Lecresha Wallace, 15, of the Portsmouth Secondary School (PSS) is the winner of the National Teenage Pageant.

"I feel so happy because I have been preparing for this since I reached First Form. I was determined from round one that I would stay consistent and I did," Lecresha said. "I didn't face any challenges, each round has its particular challenge but I overcome it".

She added that her biggest inspiration is her mother "because she always pushed me,; she told me just go out there and do your best no matter what she will always be there for me. Without my mother's help I don't think I would make it this far."

As part of her reign Lecresha stated that "I would like to do couple programmes like anti-bullying and I think as the time goes by I will decide what else I can do for my reign."

Miss Wallace managed to out-shine the other contestants by capturing two awards: Best Speech and Best Evening Wear where she wore a pink floor-length ball gown.

Miss Tonilia Elie of the Convent High School captured the Best Talent award with a dramatic dance in which she displayed her acrobatic abilities.

The pageant was organized by the Waitukubuli Dance Theatre Company.