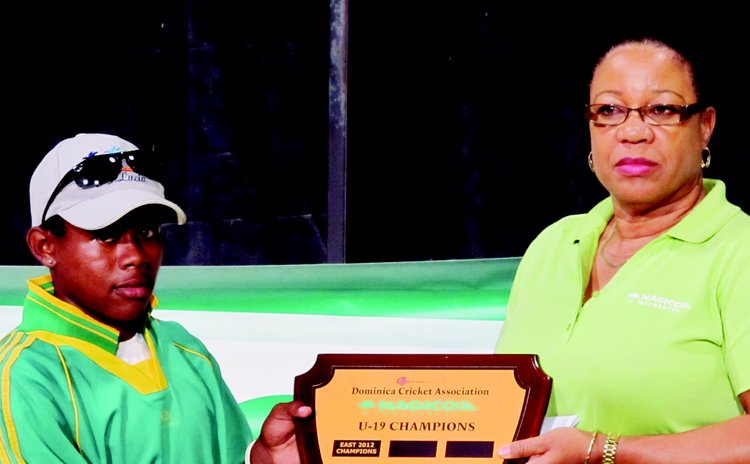 Captain Gian Benjamin continued from where his former teammate in many a campaign, the promising Kavem Hodge, left off to lead Eastern District to their second successive championship against Southern District in the Nagico Under-19 Cricket League organised by the Dominica Cricket Association at the Windsor Park Sports Stadium on Friday April 12, 2013.

In the first competition which was dominated by Hodge's bat, the victory margin over Western District in the final was 190 runs; and though the margin was down to 143 runs this time, the match was still a one-sided affair.

Wicketkeeper Benjamin shared in a 150-run third wicket partnership with fellow wicketkeeper/batsman Deon Burton to help lift East to 256 in 48.1 overs. He got a stroke-filled 107 before mistiming a pull. Burton was fourth man dismissed, after his captain, for 46. Joshua Challenger contributed 34. The best bowlers for South were Keron Angol with four for 34 and Javed Abraham, who got the first two wickets, 3-36.

South succumbed for 113 in their turn at the crease. Khan Roach got 25. Kyle Cabey who was in last year's winning team as well bagged five for nine. Sherman Dorsette took 3-4.