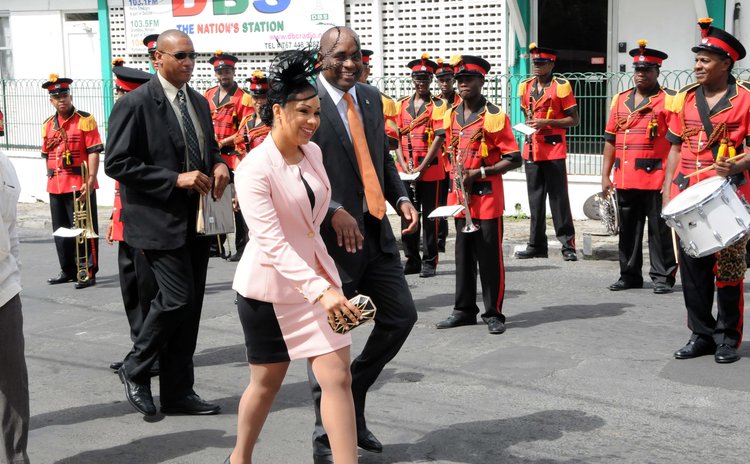 In the absence of an urgent lobotomy, public servants here aren't holding their breath for a progressive or proactive budget that will bring hope and create jobs. Barring a last-minute major leucotomy, the government workers anticipate lethargy, inertia and a lack of creative and sustainable programmes to grow the economy.

"We do not expect the undertaking of any major project which will bring employment which will contribute to economic improvement," said Thomas Letang, the general secretary of the largest union of government workers, the Dominica Public Service Union (DPSU).

The long-serving trade unionist has based his conclusions on the lack of major investment programmes during this fiscal year, or signs of major capital projects getting underway any time soon.

Instead, Letang anticipates a rise in recurrent spending over the EC$378.5 budgeted last year, based on the EC$200 cost of living grant to retirees, a fatted cabinet and bloated list of advisers.

Equally troubling for the DPSU is the apparent failure of the generators of revenue. In his 2014/2015 budget presentation, the prime minister, Roosevelt Skerrit indicated that the country expected to raise EC$312.5 million in taxes and another EC$104.5 million on non-tax revenue. The country will have to wait until the next budget presentation to find out if any of these targets were met.

However, in what the hotelier Athie Martin has described as "the most damning admission of defeat I've ever heard from a minister of finance," Skerrit recently told the country that unless he continued to sell passports, he would have to raise taxes to fund his social programmes.

No one is quite sure how much the passport economy is worth. In last year's budget presentation, the prime minister grouped it other non-tax revenues particularly, anticipating that this sector would contribute EC$80 million to the economy. But policing of the programme is questionable, at best, with no clear sense as to how much the passport sellers charge for their service.

"We have not heard from the prime minister about the sale of passports, so we have to assume this is what we have to rely on for the economy," Letang told The Sun.

Despite Letang's pessimism, Skerrit has declared that the upcoming budget will focus on job creation. He announced at a press conference last month that the government was considering several projects through the Citizen by Investment Programme to help generate jobs. Most of these projects, he revealed, were tourism related, including hotel construction.

Based on figures revealed by the minister of tourism, Robert Tonge, at the close of Tourism Awareness Month recently, tourism is the country's largest money earner, contributing EC$343 million in 2014.

The president of the Dominica Hotel & Tourism Association (DHTA) Gregor Nassief is confident that following "extensive consultation" with the government, some of the industry's concerns will be addressed in the upcoming budget.
These issues have been well publicized and include marketing the destination, improving air access and improving the visitor experience.

"We have had many meetings inclusive of a key presentation to Cabinet in April. We believe the Government is receptive to our recommendations and is acting on them," Nassief told The Sun in an email interview.

The tourism private sector has repeatedly called for more money to be spent on marketing, with Nassief recently calling for a doubling of the EC$4 million budgeted for this purpose. He told The Sun that the prime minister ought to explore options for providing the necessary funding for marketing.

"For an industry that generates EC$340 million plus a year in visitor spending, underfunding marketing is not an option. That being said, there are ways to divert a percentage of certain existing streams of tax revenue – such as a percentage of a harmonized VAT rate for the sector – to marketing," he suggested.

Asked to point out a single bold move the prime minister can announce in his budget presentation to help boost tourist arrivals, the DHTA president returned to the theme of marketing, along with rebranding.

"For arrivals, and because a key challenge is that our destination is not known, we need to give marketing a shot in the arm – both in terms of funding and more effective strategies, including a rebranding of the destination. That will also improve the demand for airlift in and out of Dominica which is our other critical challenge. In addition, to boost the economy, the DHTA believes wholesome organic food needs to be positioned as one of our natural assets and that tourism and agriculture should be directed towards each other. The linkages between tourism and agriculture have great potential and if significantly strengthened can move Dominica towards a more sustainable economy. We also need to work on improving other sociocultural issues, which could boost our reputation as an open and tolerant destination."