The US Supreme Court has made same sex marriage legal; Dominican gays say it's a step in the right direction. 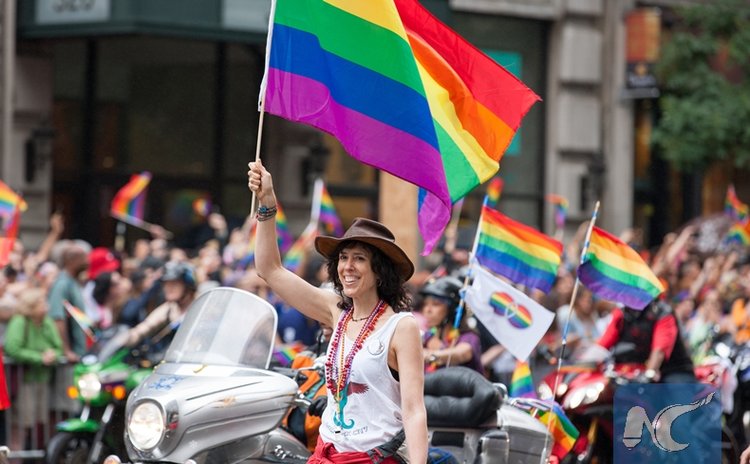 A recent ruling by the US Supreme Court giving same-sex couples the right to marry has evoked mixed reactions in Dominica amid speculation that the island might move in the same direction.

Coordinator of Minority Rights Dominica (MiRiDom), Daryl Philip welcomed the move by the US and would like Dominica to do so also, but he does not think this is the right time for such a big move here.

He said allowing gay marriages would prevent the current trampling of the rights of surviving partners of such unions when one partner dies.

Philip said he knows of gay partners who lived together for many years until one died, at which point relatives of the deceased moved to evict the bereaved partner and possess the estate.

He pointed out that allowing gay marriages would help reduce homophobia, and would draw gays out of hiding and make them more comfortable about taking their partners to public events.

Philip said he thinks Dominica should be setting the stage for legalizing same-sex marriages, but he stressed that it is not realistic to expect society to become amenable to this anytime soon.

In his view, paving the way for gay marriages requires significant changes-- in draconian laws, as well as the attitude of the people.

Philip explained that the current Sexual Offences Act stipulates imprisonment and/or psychiatric treatment if one is caught indulging in homosexual acts.

Some may argue that the Act is not enforced, he said, yet the reality is that its existence makes homosexual acts like buggery illegal, which fuels stigma and discrimination against gays.

Gays are considered second-class citizens with a social disease, he said, thus many have migrated. Those who remain suffer inhibited personal expression, which limits their contributions to society.

According to Philip, in an evolving democratic society which enshrines human rights, it is not right to keep a law simply because some persons think it is the Christian thing to do.

The arguments against homosexuality is "getting tired", he said, because many are trying to justify their anti-gay prejudice by using scripture.

However, he noted that scriptural passages denouncing homosexuality equally condemn many other anti-Christian practices-- like adultery-- which have not been made illegal.

Philip said he wants to see a meaningful debate on the issue of gay rights. Meanwhile, he predicts that there will be an increase in lawsuits challenging archaic laws that impact gay rights.

Such challenges will test the will of Dominican society to keep existing laws in place or make them null and void.

Pastor of the Trinity Baptist Church Randy Rodney said he is not surprised by US President Barack Obama's change in attitude and policy towards gays and can only assume that the "power of the mighty dollar" played a part.

He added that while the ruling gives gays a platform from which to rejoice, it does not in any way change God's absolute condemnation of homosexuality in all its forms.

Pastor Rodney said the ruling cannot affect genuine children of God because every child of God must ensure that his or her lifestyle decisions are centred on God's principles.

Rodney pointed out that while the Bible condemns other actions, the perpetrators -- such as thieves and fornicators-- do not form advocacy groups for their behavior to be accepted by society.

Gays, on the other hand, go to great lengths to compel others to accept their lifestyle, which Pastor Rodney said distinguishes them from other sinners and exposes a clear intent to defy God openly.

Meantime, attorney-at-law, Henry Shillingford-- who is a senior member of the Waitikubuli House of Nyabinghi is also disturbed by the ruling.

He is concerned that Dominica is "in lockstep with 'Babylon'" and that the Caribbean has not done much to instill true cultural independence.

Shillingford said the US ruling is a high-water mark to show that 'Babylon' has lost its way, confusing the sense of what marriage means.

A true family involves producing children, he said, because God created beings to reproduce and multiply. As such, the ruling may be a portent of the end of civilization as gays cannot procreate.

He noted that the child adoption process favours married couples, so allowing gay marriages means single women who meet all the requirements will be considered less fit to adopt than married gays.

Shillingford said he doesn't have a problem with homosexuals having basic human rights, but their insistence on being allowed to marry is unnatural.