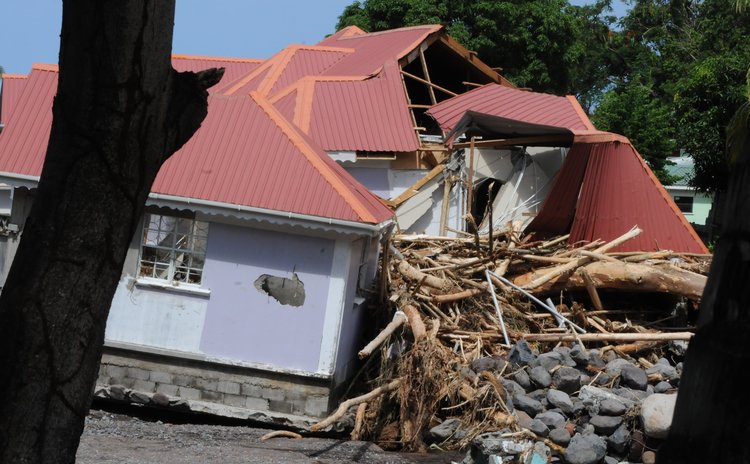 The cost of Post-Erika resettlement, reconstruction and repairs is estimated to top $91M and Government does not have the money to relocate all 4,229 persons displaced by the storm.

Prime Minister Roosevelt Skerrit told the nation on September 29 that Dominica faces a housing resettlement programme of "monumental proportions", but Government has not yet sourced the required funding and other resources.

"We are determined nonetheless to negotiate the best possible terms for assistance through grants, loans and joint venture arrangements to a major housing resettlement and construction programme throughout the length and breadth of Dominica," he said.

Skerrit added, "The most vulnerable and least likely to afford shall be assisted to the extent of grant aid deeds. But the thinking overall is that we shall negotiate the most generous terms for working and able-bodied persons to be afforded access to units that they can secure mortgages to acquire, or which [they can acquire through] a rent-to-own programme."

Many Dominicans lost their homes and had to be evacuated from communities severely afflicted by Tropical Storm Erika on August 27. Residents of Petite Savanne are those most significantly affected as the entire village was heavily impacted by the storm.

Skerrit disclosed that altogether in Dominica, over 890 homes were destroyed or are uninhabitable due to the imminent risk of destruction.

Several housing solutions have been examined and Government is taking them all on board, the Prime Minister said.

He added that Government is negotiating with several governments, donor agencies and private developers here and abroad to formulate designs and methodologies for long term housing solutions in community type settings.

In particular, Skerrit expressed gratitude to Venezuela, which will provide 300 PVC houses for displaced residents. Where these housing units will be located is still to be finalized but so far, Dubique has been identified as the location of the first 50.

Petite Savanne residents are being given priority in the move to new locations.

Another component of the ongoing relocation process is the transference of 17 displaced persons from the Roseau Primary School to the Roseau Youth Centre.