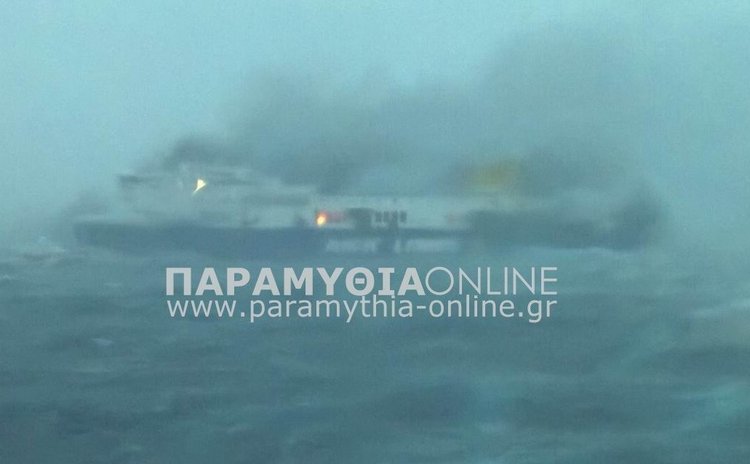 ATHENS, Dec. 29 (Xinhua/Sun) -- At least 289 people have been evacuated to safety from an Italian-flagged ferry which caught fire off the Greek island of Corfu, the Greek authorities said on Monday.

Nikolaos Lagadianos, spokesman of the Greek Coast Guard, told news media that over 100 people still remained stranded on board, as an international rescue operation led by the Italian Coast Guard was hampered by severe weather conditions.

A total of 478 people were on the ferry when it sent out a distress call on early Sunday after a fire broke out in the car deck by yet unknown causes.

The spokesman said that the blaze had been put under control by Monday morning, but gale-force winds up to seven on the Beaufort scale were blowing, still obstructing rescue operation.

The Italian Coast Guard on Sunday evening retrieved the body of a Greek man who had died while trying to leave the ship with his wife. The wife was rescued and transferred to Italy. The man was the only victim of the operation.

Passengers and crew members who were still on board were suffering from freezing cold. According to officials of the Greek Coast Guard, helicopters have managed to distribute blankets and food over the past few hours.

The Italian-flagged ferry, Norman Atlantic, leased by a Greek shipping company had left the Greek port of Patras on Saturday afternoon for the Italian port of Ancona.