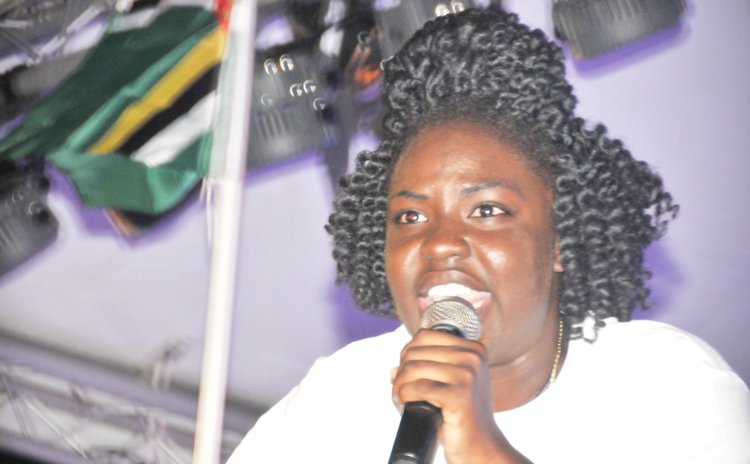 One female will compete among big boys for the chance of becoming the 2016 Calypso Monarch.

Janae "Janae" Jackson, 18, gave a sterling performance of her song My Love, My Country and is among the nine calypsonians advancing to the grand finals.

She was among 20 other calypsonians competing at the semi-finals at the Newtown Savannah on January 23.

Janae told the Sun that making it to the finals she feels, "very elated and accomplished".

In addition, Wayne "Shadow Flow" Robinson and his song "Each One, Teach One" has become a crowd favourite and he too will advance to the grand finals.

He told the Sun that as a first timer into the finals he feels very confident going up against his fellow competitors.

"I am feeling pretty confident going to the finals from the get go I wrote out my own song and in writing the song I actually got a vision of what I wanted to present so the song came out like a movie," he said. Shadow Flow was well known for his jovial and upbeat calypso; "Rum and the Party" but this year he has changed up his style.

"It is not really a change of style but even a drunkard does have his moments of clarity because I am still going to be known as the Rum and the Party guy but that's to show them that not all I am a song writer, a poet," he said.

Furthermore, he revealed that he will be releasing his new song this week.

He noted that the name of his new song is "Fighting for Brogodo".

Shadow Flow said that the song is based on the events that occurred post Tropical Storm Erika.