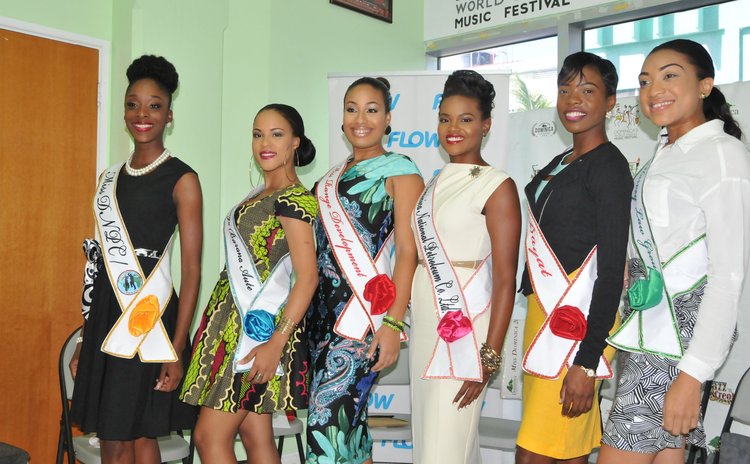 They are Judy Toussaint of San Sauveur sponsored by the Harvey Law Group; Mernel Christmas of Campbell (Bayat) and Britney Pharaoh of Grand Bay (Range Development).

The contestants were officially sashed at the office of Dominica Festival Commission (DFC) on January 28.

The National Queen Pageant will be held at the Windsor Park Sports Stadium Forecourt on February 5.

Meanwhile, Minister of Tourism and Urban Renewal Robert Tonge said that even after Tropical Storm Erika the government has ensured that Carnival will be a success.

"Even in the post Erika period of immense challenges the Government of Dominica has seen it fit to contribute and continue to contribute towards the development of Carnival to ensure that the subvention promised was provided not only provided but provided on a timely basis to ensure that carnival comes out in a success," Tonge said. "We have also ensured that we manage the funds that government provides us in a very shroud manner so we have re-negotiated we must do things better so one of the things we have done better is to ensure that in terms of the cost we have been able to reduce those costs by over 40%," he said.