"Uncle has changed his life"

Herbert Xavier to his nieces just before Judge Thomas sentenced him 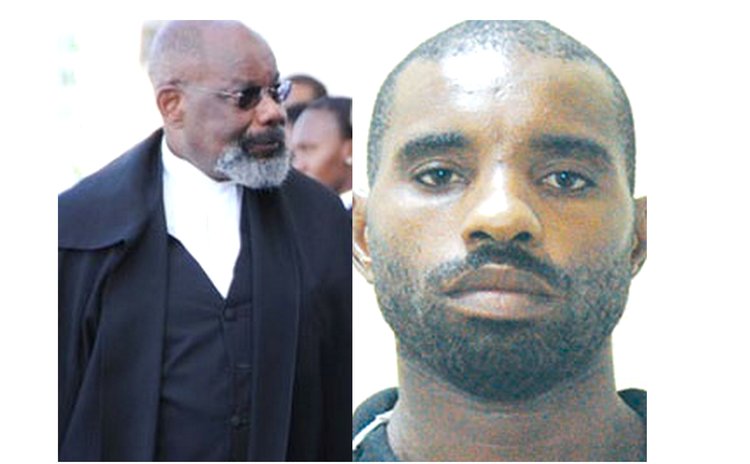 Xavier along with his sisters Loretta Xavier and Manuella Williams were charged with the murder of their brother Harrison Williams.

In 2014 a jury convicted them and Judge Brian Cottle subsequently sentenced each sibling to 15 years in jail Cottle.

On appeal, the Eastern Caribbean Court of Appeal quashed the conviction citing a number of errors that Judge Cottle made and sent the matter back to the high court for retrial.

While Williams and the two Xaviers awaiting trial for murder, the Director of Public Prosecutions (DPP) reduced the charge to manslaughter. After a jury was empanelled Herbert Xavier pleaded guilty to manslaughter and the DPP withdrew the charge against the two sisters.

On September 24, 2010 at about 8pm Harrison Williams left the village with his wife Jacqueline and three kids on his truck PL254 and took a drive in the community.

On arrival near the home of his brother Herbert Xavier his daughter saw Xavier place a 40 gallon drum in the road preventing him access. He went to the police station but found no one there. He returned, took a piece of stick from his truck and went into the yard where his brother and sister Manuel resided.

An argument ensued in the yard and the wife said she could hear the commotion in the yard. About five minutes later her husband returned with blood on his face, the piece of stick in his hand and looked beaten and dazed. While walking to the truck he fell on the road. Someone called the ambulance and the injured man was taken to the Princess Margaret Hospital (PMH); he was pronounced dead.

The autopsy report stated that he had a 10 cm wound and various lacerations to his head and other parts of the body; the wounds were caused by sharp object with irregular edges.

In his mitigation today, lawyer Norde told the court that in his brief years as a lawyer this is the most difficult plea in mitigating he has had to do.

"The social inquiry report brought tears to my eyes; its touching, well done and instructive. This is about a family issue, the prisoner ask that he not be given a custodial sentence. He is extremely remorseful and emotionally saddened and lives with daily regrets," Norde told the court.

He continued: "That is a punishment for life knowing that you took your brother's life in unfortunate circumstances. He wants an opportunity to apologize to the family and his nieces and nephews. Those interviewed were shocked at the incident since he does not have a violence tendency.

"The kids still hold their uncle high even after the incident, they are not angry at all. We have no winners or losers in this matter; he has spent just over four years already in jail. The mitigating factors far outweighs the aggravating, our plea is that the prisoner be given a non-custodial sentence in the circumstances. If the court is minded to give a custodial sentence, we ask that you temper justice with mercy and take the entire case on a whole and be lenient."

Herbert Xavier had this to say before sentencing: "I would like to say to Jacqueline (wife of deceased Harrison) my sister-in-law that I am sorry. I am very, very sorry for the incident; please forgive me, it will never happen again. I have given my life to Christ, I am a changed person, I am sorry. To the children I ask them to forgive me, I am sorry. Uncle has changed his life."

In response Judge Errol Thomas said: "There is room for reformation given his age. This is not an easy decision to make. You have the family and the public; the court has a duty to society and to do what is fit and proper…it's a complex matter, family, brother.

"The defendant shall serve 5 years 11 months being the residue of the 15 years benchmark sentence for manslaughter as a result of the 1/3 reduction on account of the guilty plea and the 49 months in custody on the murder charge between 28th September 2010 and 3rd November 2014. Any remission on the sentence imposed by this order shall be in accordance with Rules 36 and 37 of the Prison Rules, Chap. 12:70 of the Revised Laws of Dominica."