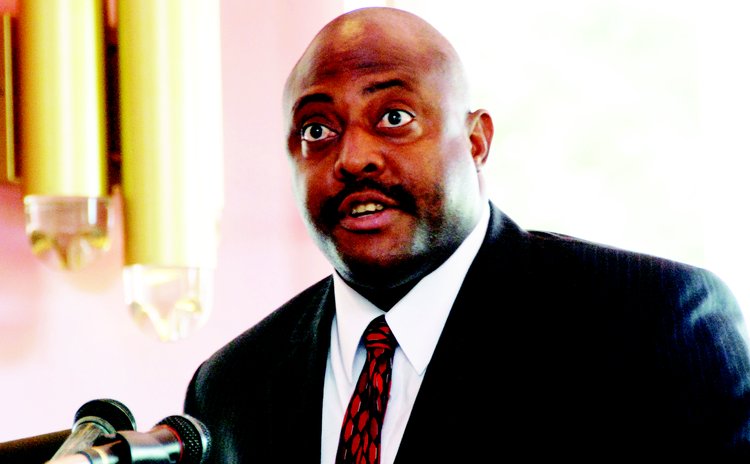 Imagine a total, an intake. Not just any amount, a really large amount. More than you've ever counted before. Think big. Think three hundred million dollars.

Look into the future, the immediate future. Imagine the moment, feel the currency, savour it to the fullest.

It isn't happening immediately, but, according to the minister, it won't be long before the country enjoys record revenue from those who come here to enjoy "the trailhead to adventure and discovery" as the island is descried on the Discover Dominica website.

"I seriously question anything Ian Douglas says, particularly when it relates to tourism," Martin told The Sun.

Attempts to reach Yvonne Armour, the current DHTA president, for information on forward bookings and projected tourism spend proved futile. However, the sector has been experiencing a period of febrility, with hoteliers reporting empty rooms and even emptier bank accounts, along with diminished income, low occupancy and lower expectations that things would get better anytime soon.

"I know it's very, very, very low," a senior hotel executive said of the occupancy rate in an interview with The Sun late last year.

"Some top properties are below 10 per cent," the hotelier explained at the time.

And, according to Martin, there are very little signs to suggest that the situation will improve to the extent the minister has suggested.

"We really do not know what they are counting as the tourism dollar," the local hotelier said. "All the anecdotal data have been suggesting lower (tourism spend). 2012 definitely was a downturn year for cruise, stay-over and excursions."

But the minister suggested that this was not a case of nervous or displaced excitement. In fact, he stated, this estimate came from the technical experts contributing information for the 2013/2014 national budget.

"I would still wait for the budgetary figures to confirm that but that is the estimate," the minister said of the three hundred million dollar figure.

"You got a cutback in cruise but our stay-over market has been holding its own," he added.

This assertion is supported by recent figures released by the regional tourism development agency, the Barbados-based Caribbean Tourism Organization (CTO). According to the latest statistics for 2012 released by the CTO on 15 February, Dominica received 78,119 stay-over tourists last year, a 3.4 per cent rise over 2011. This was mainly driven by a 61 per cent rise in February when 8,355 people visited.

But the CTO statistics gave no indication of how much money these visitors spent while here. Still, Douglas suggested that there were clear signs that things were improving and he expected better days as the world gets more familiar with the new products that the country has to offer.

"We have a couple new properties on island…as the people from our source markets get to know about these properties, more people will come," he said confidently. "As we see economies rebound we expect tourism spend to rise."

According to the CTO statistics, markets other than the United States, Canada and Europe provided the largest number of tourists to Dominica, with 43,517 coming last year. But this "other" market was flat with only a 0.7 per cent rise. Meanwhile, Canada, which the CTO described as the Caribbean's most dependable market over the past five years, was Dominica's weakest, with only 3,061 Canadians visiting last year -a 2.5 per cent rise and a long way below the average 6.5 per cent increase the Caribbean on a whole reported.

It is statistics like these that have critics like Martin wondering if the minister isn't a wandering gambler holding a pile of chips, daring to jump for joy, only to discover later that the chips are all gone and that jumping becomes painful.

"Even the merchants who supply the hotels are telling us that their sales are down," Marin said. "It sounds like a very improbable statement."

The estimated revenue from tourism in 2011/2012 was just over EC$240 million, the minister said, agreeing that it would be a stretch to surpass this figure by EC$60 million. But, he said, things will definitely get better.

"Maybe not as much as 60 million, but we anticipate an increase," he assured The Sun.

Time to feel the currency, to savour the millions. Time to think three hundred million.