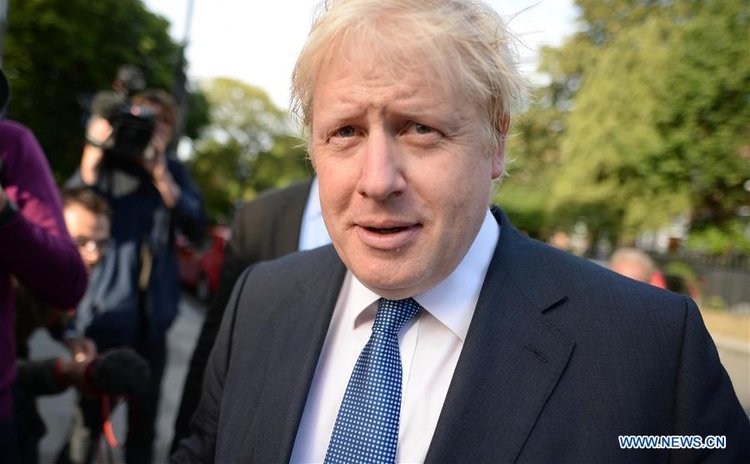 But there was shock when former London mayor Boris Johnson, a potential favourite to win the key to 10 Downing Street, announced he would not be a contender.

When a noon deadline for names to be put forward arrived, five leading politicians were in the ring. Home Secretary Theresa May has emerged as a favourite to become the next leader of the Conservative Party.

Cameron resigned hours after it was announced that the Brexit side had won the national referendum to determine Britain's future membership of the EU.

Remain supporter May is joined in the race by Justice Secretary Michael Gove, one of the keys leaders in the Leave campaign.

Stephen Crabb, who became the first Conservative to declare he would stand, is included in the slate, along with Dr Liam Fox and Andrea Leadsom.

Leadsom, a leading Leave supporter, is in Cameron's cabinet as Energy Secretary. Crabb, the Work and Pensions Secretary in the cabinet, has put himself forward as a "blue collar" candidate, citing his upbringing in a modest council house. Fox, a former defense secretary, was also a supporter of Brexit.

An election process will now be carried out, with thousands of Conservative Party members across the country voting for their choice among the five.

The winner is expected to be unveiled at the party conference in early October. Cameron is remaining in office until his successor is officially chosen.

Bosses at London's Heathrow Airport will have breathed a sigh of relief at the decision by former London Mayor Boris Johnson not to stand in the leadership race. He had been a fierce opponent of a third runway at Heathrow, once famously saying he would "lie in front of the bulldozers to stop it."