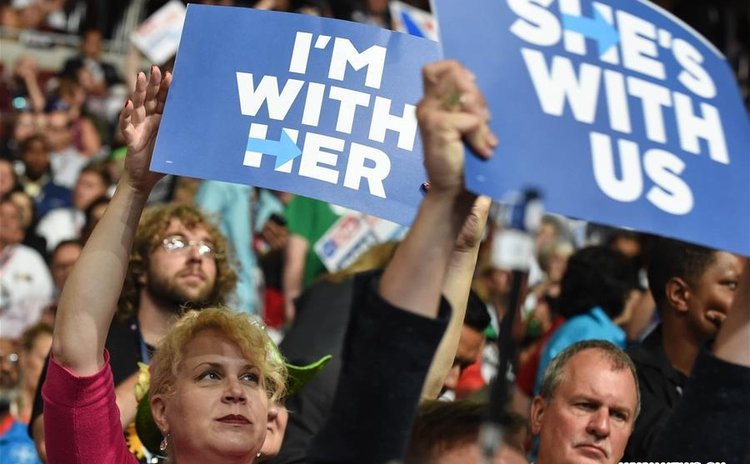 "Are we ready to make some history?" asked Stephanie Rawlings-Blake, secretary of the on-going Democratic National Convention (DNC) when a roll call vote by delegates began.

About one and half hour later, the 68-year-old former secretary of state, who enjoys near universal name recognition after almost four-decade public life, exceeded the 2,382-delegate threshold needed to clinch the nomination amid huge applause in the hall.

The tally included the overwhelming support by unpledged delegates or superdelegates for her. Superdelegates are party leaders who are free to vote at the party's convention.

However, her historic victory was overshadowed by the fallout of damaging leakage of internal emails revealing backroom bias against Clinton's rival Bernie Sanders during bitter primaries. The revelation sparked protests by thousands of Sanders supporters as the four-day convention kicked off here on Monday.