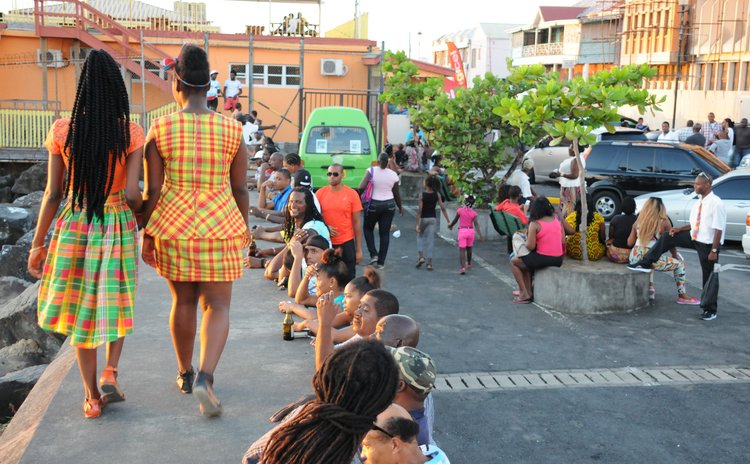 Night one of the three nights of pulsating rhythms that many people have been eagerly anticipating is here.

And hundreds, maybe thousands will be heading to the Windsor Park Sports Stadium tonight, and Saturday and Sunday nights to groove and move to the best Creole music in the world.

This afternoon the Roseau Ferry Terminal on the Dame Eugenia Charles Boulevard was as busy as it has ever been as French revelers arrived in big boats and small fishing-boat size canoes to enjoy the 19th edition of the World Creole Music Festival.

A line-up of top regional and international acts covering a diverse range of creole music from the infectious Bouyon to the sweet sensation of Soca, Calypso, Reggae, Afro-beat, Haitian Kompa to the vibrating sounds of Cadence-lypso and Zouk awaits patrons.

On Sunday, October 30th there will be Breve; T-Mickey; Gentleman; Michele Henderson; Asa Banton and Akon.