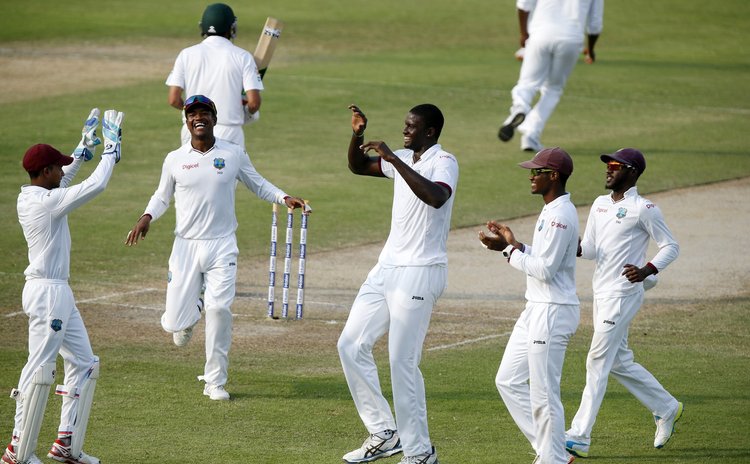 St John's, ANTIGUA - The President, Board of Directors, Management and Staff of the West Indies Cricket Board (WICB) congratulate the Test Team for its historic five-wicket win over Pakistan.

The West Indies have not beaten Pakistan away in 26 years and it has been just under a decade since we have beaten a team ranked above us away from home.

The win had a number of significant achievements and the entire WICB family celebrates with captain, Jason Holder and the squad plus the entire management team on tour.

We salute the efforts of the entire team; but we are elated at the efforts of Kraigg Brathwaite who was not out in both innings of the third Test, making him the first to achieve this along with his four man-of-the-match awards in Tests. Shane Dowrich must also be congratulated for his 47 and 60 not out. Captain, Holder was also outstanding in his five-wicket haul and Devendra Bishoo for his 4 wickets in the first innings and 18 overall in the series.

"This was truly a "TEAM" effort and we celebrate you, and anticipate more competitive and winning performances for tournaments to come. We use this opportunity to say well done. We offer best wishes to the one-day-international team against Sri Lanka and Zimbabwe," said President, Dave Cameron.

The President also congratulated the "A" Team's overall performance in Sri Lanka "which was also inspiring - the three-nil win in the one day series and the competitiveness of the 4-day team in the 1-2 loss."

Next set of matches in the region, will start Friday, November 11 with the Digicel, Regional 4-Day