40-feet whale washes up on Mumbai beach in India 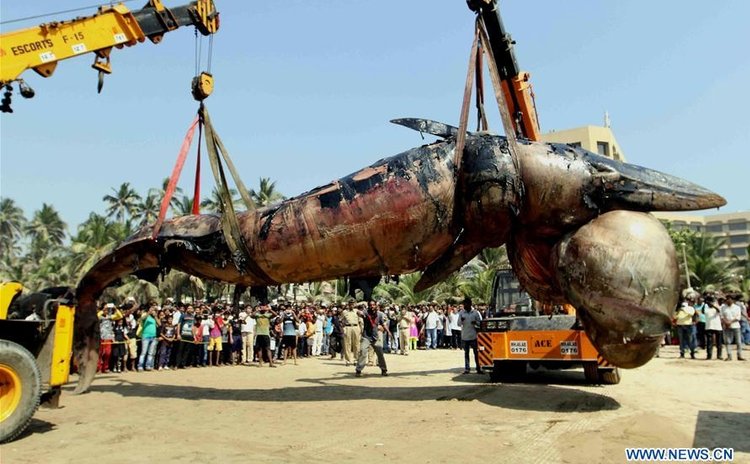 A nearly 40-feet-long dead Bryde's whale is lifted by a crane at Juhu Beach, one of the popular tourist destinations of Mumbai, India, on Jan. 29, 2016.

Passersby informed the forest department which swung into action and removed the body from the beach along the Arabia Sea, with the help of a crane Friday.

"There are no wounds. An autopsy will be conducted and we will try to preserve the skeleton of the whale," Makarand B Ghodke, conservator of the Mumbai forest department, told the media.

Local TV channels showed people gathering around the body of the whale to have a glimpse of the massive mammal as the forest department was removing it from the shores.

This is the second biggest whale to have washed up along the coast of western India. In 2015, a blue whale had washed up at Alibaugh and died after activists failed to push her back into the sea.