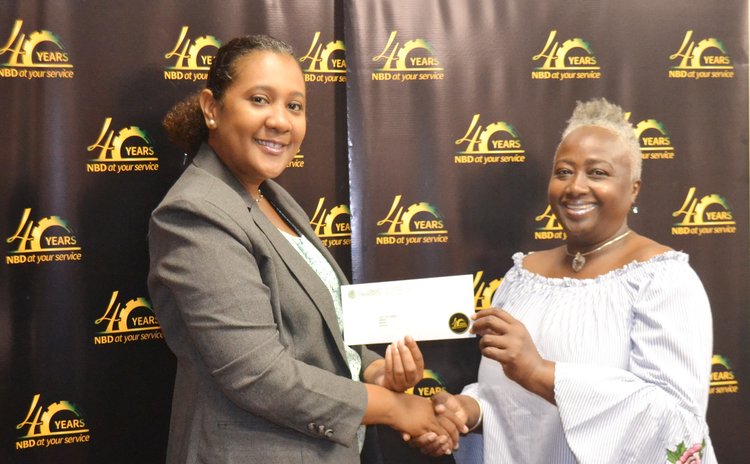 NBD rewarded its first lucky customers to win prizes under its grand anniversary giveaway promotion. Carol Jno. Charles of Belfast, Kordell Jean-Jacques of Roseau, Kish Ferrol of Paix Bouche and Johnson Thomas of Portsmouth each received gift vouchers from the Bank. Carol Jno Charles captured the grand prize for the draw of a dinner and night for two at Sunset Bay Club.

Customers across Dominica have the opportunity to win exciting prizes from the National Bank of Dominica Ltd (NBD), as the Bank celebrates its 40th Anniversary. The Bank unveiled its "40Years, 40 Wins Giveaway Promotion" during a press conference held last month to launch its anniversary celebration. The initiative was specifically designed to express gratitude to the Bank's customers, and will run until December 21, 2018. During the promotion period, every customer who signs up for any NBD Product will get a chance to enter a draw. Draws will be conducted once a month and four lucky customers will be randomly selected and rewarded.

Mrs. Suzanne Piper, Executive Manager of Marketing at NBD, said that the promotion has been well received. "We encourage the public to open accounts, apply for the Bank's financing facilities and sign up for our e-banking and other products to win amazing prizes. The promotion is being held at all our branches so retail customers from every part of Dominica can get a chance to win." Piper revealed that the Bank will undertake several activities to show appreciation to its various stakeholders throughout the anniversary year.