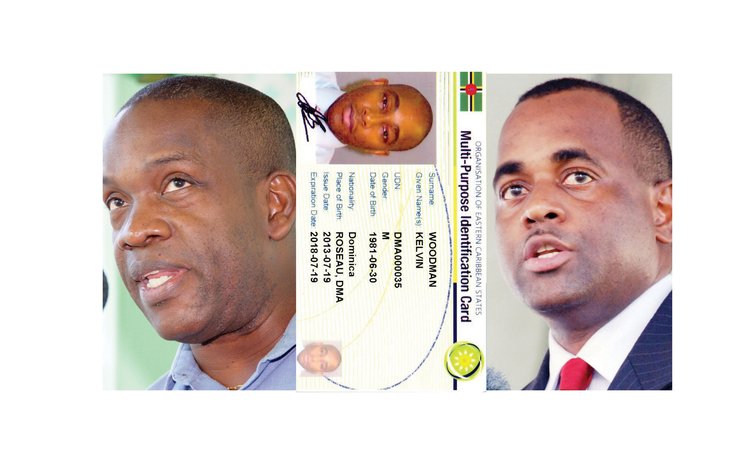 They have been clamouring for years for specific voter identification (ID) card to reduce the possibility of voter fraud, turning their noses up at government's proposal for a single national ID card that can also be used in the voting booth. Now, the United Workers Party (UWP) has found a government-approved card it is comfortable with, The Sun can report.

However, just when the opposition party settles for the multi-purpose identity card, the Roosevelt Skerrit administration has blindsided both the UWP and the electoral commission by seeking to introduce yet another ID card in proposed amendments to the electoral laws. About three years ago the electoral commission accepted government's decision to implement the Organisation of Eastern Caribbean States Multi-Purpose Identity (MPID) project. Government purchased the necessary equipment for that programme and the commission began training personnel and registering people as it tested the system.

It is this ID card that the UWP is said to have finally accepted after receiving guarantees that it would satisfy the opposition party's demands.

"There are some specific features that would differentiate between those who are 18 and those who are not 18, and the UWP was comfortable with that," Wayne James, one or the two UWP-nominated members on the commission told The Sun.

The UWP is not known to have made public its change of heart over the voter ID cards, and this position was not made clear either, in a letter dated 18 August, 2016 to the chairman of the commission stating the party's position on a number of electoral issues, including voter registration and voter ID cards.

In the letter, signed by political leader Lennox Linton and copied to the chief elections officer, the UWP did mention the MPID and complained that "three years later, notwithstanding the publicized inventory of 100,000 cards, no ID cards for voting have been issued".

"We urge the Commission to determine the enabling legislative amendments that will be necessary to facilitate mandatory voting with ID cards and complete the issuing of voter ID cards by the end of the first quarter of 2017," Linton wrote.

The commission is yet to meet to discuss the UWP proposals.

Having spent $3,463,678.00 on the MPID system for producing a national ID card, Government is now proposing changes to the Registration of Electors Act, the House of Assembly (Elections) Act and the Registration of Electors Regulations, among which are proposals to introduce a scheme to verify the identity of electors and provide an identity document.

"The primary record of registration for persons registered or confirmed under these regulations shall be a computer-generated record to be known as the National Registration Record," according to one of the proposed amendments to the Registration of Electors Regulations.

The proposed amendments are troubling to the commission, which said in a letter to President Charles Savarin - through whom government's proposals had come - that the changes would be both costly and time consuming, making it impossible for the new cards to be ready in time for the next election.

According to the commission, the new card would cost the Dominican taxpayer an additional $4,787,672.00 – meaning the just under $3.5 million already spent would go to waste – and would take over four years to implement.

"The scheme for the introduction of identification documents set out in the proposed amendments, differs from the MPID in material respects and introduces a seemingly new National Identity Card, which may well render the MPID (for use as an electoral card), otiose," the commission said in its letter, a copy of which was obtained by The Sun.

"Implementation [of the new cards] would seriously impact the ability of the Electoral Office to introduce the National Identity Card by the constitutionally due date of the next general elections.

"The modification of the drafts to legislate enrolment of persons through the MPID would be the more efficient and cost effective method of introducing the National Identity Card," the commission concluded.