Politics in 2016 :Political turmoil in Roseau South and Soufriere 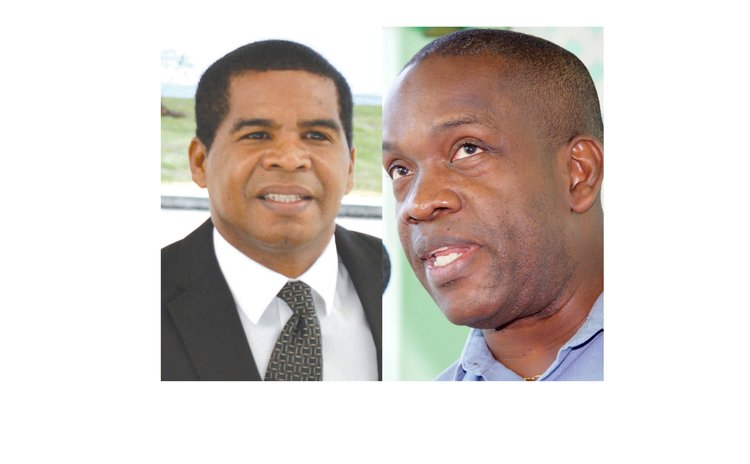 In 2016, embattled Roseau South Member of Parliament, Joshua Francis, was embroiled in a power struggle within the United Workers Party (UWP). The party organised a special convention in Mahaut on Sunday April 24th when Francis' fate as deputy political leader of the party was decided. Earlier Political Leader Lennox Linton had asked Francis to resign as deputy political leader after allegations of inappropriate behaviour were made against Francis. Subsequently, the Sun reported in several stories that Francis was planning to vacate his seat but by year end Francis was adamant that he would remain the parliamentary representative for Roseau South and he was still a member of the UWP.

Meanwhile, Minister of Public Works, Ian Pinard, resigned from the cabinet of Prime Minister Roosevelt Skerrit because of serious allegations of inappropriate behaviour involving a minor were made against him. Then Pinard resign as parliamentary representative for Soufriere setting the stage for a by-election within three months.

Saying good bye in Pointe Michel, on Tuesday 26 April in Pointe Michel, was not easy for Pinard; that is, unless he's a better actor than Morgan Freeman, the situation was indeed tearing him apart because during a five-minute speech Pinard broke down and cried many times as he took deep breaths and drank dozens of gulps of water. Probably fearing Pinard would collapse, veterinarian and Minister of Trade Dr. Collin McIntyre stood by his side as Pinard read from a prepared speech.

Prime Minister Skerrit said his party would begin immediate plans for the inevitable by- election to be held in Soufriere, Gallion and Pointe Michel.

Eventually, the DLP was victorious in the by-election held on 7th June. Charles raked in 1,342 votes while Adams got 560 votes.

In June, Lovely Professional University of India conferred the Doctor of Letters degree on Prime Minister Roosevelt Skerrit for "his dynamism, farsightedness and his being innovative leader," the University said in a press statement.

"This honour is also in recognition of his sincere desire to build international harmony among nations and for his outstanding public services and excellent governance," the statement said.

Hubert Charles, the Ambassador to the US and the OAS made way for some people when he ended his diplomatic posting in August. Vince Henderson took his place and Loreen Bannis-Roberts replaced Henderson at the United Nations. Later in the year, Government Information Service boss, Mervin Paul, replaced Bannis-Roberts as Liaison Officer-Diaspora in the United States Virgin Islands.

If Patrick "PJ" John, 79, is the "Father of the Nation" then his sons and daughters gave him a huge helping hand in January when he was flown by air ambulance to a Martinique hospital to receive treatment for a heart problem. Dominicans donated about EC$40,000 through a radio programme on Q95FM for PJ's medical treatment.

In October, the Canefield's Urban Council (CUC) appointed Maximin Powell as its chairman, a seat that Simeon Albert had held for the past 15 years, a period often marked by bitter disagreement among members of the council. Albert did not contest the CUC election held on 12 September 2016 and the Government of Dominica did not nominate him to the council either. But residents of Canefield, apparently, did not take the election seriously. Only 303 of the 2145 registered members of the Canefield community voted in the election. Abstentions numbered 1842 (or 85.87 %).