Toloma takes off in Delices 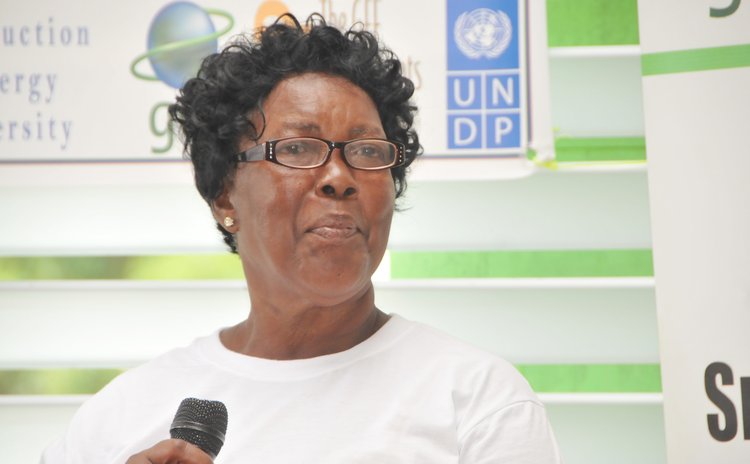 Toloma is a favourite in local kitchens and many have grown up eating delicious toloma porridge.

After all, elders insist that there's nothing better than toloma, combined with the right ingredients, to strengthen the bodies and sharpen the minds of young children.

And there's an interesting story behind some of the toloma you might be eating  the crop makes a crucial vital contribution to the earnings of the women of Delices and is now an economic mainstay of the village.

President of the Delices Toloma Women in Action Group, Albertha Sorhaindo grew up seeing the women around her earning a livelihood from toloma. For her, toloma is a way of life.

"Since I grow up as a small child, I know people harvest toloma for a living. I send my children to school on toloma… Toloma and cassava, this is what the women on that side of the country did for a living," Albertha said.

According to her, this is the same for many women in the group and indeed for all fellow villagers, which is why Delices is now widely regarded as the 'toloma capital' of Dominica.

The group was officially launched on November 10, 2015 with 30 members. Today, it is still going strong with 28 members, including one male.

Albertha explained that the group's main objective is to empower female villagers to increase their earning capacity, especially since the decline of the banana industry.

She pointed out that, while toloma has always been grown in Delices, the group has been a driving force behind the recent large-scale cultivation of the crop.

"Indeed it helped us a lot…it has helped to send our children to high school and pay our bills," Albertha declared.

Explaining the process of cultivating and producing toloma, Albertha explained that a toloma plant takes eight to nine months to mature; then it is carefully uprooted and cleaned.

During harvest time, Albertha and her husband get up early and spend most of the day on her farm, eating breakfast and lunch there.

The cleaned toloma is taken to the group's mill for grinding, which Albertha, said was acquired through a government grant.

When grinding is complete, the toloma is washed repeatedly over the course of two days, then dried and packaged for sale.

With the help of her husband, Albertha produces about 900 pounds of toloma annually, a yield that is not uncommon for members of her group.

Apart from the ever-popular porridge, toloma can be mixed with milk to create a thickening agent for soups and stews.

Always on the lookout for new opportunities, Albertha's group has been experimenting with making a toloma bar, similar to granola bar, with a view to getting a niche in the booming health-food market.

When the toloma bar is ready, the next step will be to market it strategically based on its legendary health properties, especially that it is excellent for babies and the elderly because it is easily digested.

Despite their enthusiasm and quest for new initiative, Albertha acknowledged that a few negative issues have detracted from the group's performance over the years.

One of the main challenges, Albertha said, is that some group members sell toloma directly to hucksters instead of selling it to the group as agreed from the inception.

The original intention was the group would buy the toloma from members then sell it to supermarkets. The profit would go to the group as a collective and then be shared by all.

"There is a time nobody will buy the toloma. Everything is up and down. When hucksters aren't coming, they sell to [the group]," Albertha said.

On another note, Albertha encourages all interested persons to get involved in toloma farming as it is a lucrative crop, is relatively easy to cultivate and isn't affected by many pests.