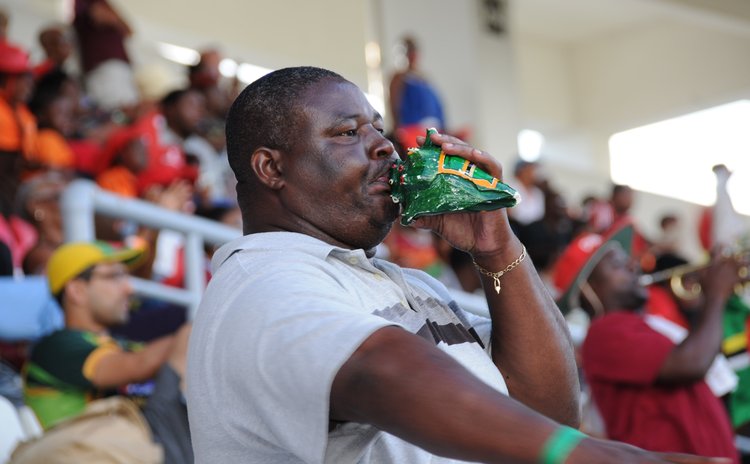 ROSEAU, Dominica – West Indies opener Kieran Powell spoke to the media last evening about the situation in the middle during day three of the on-going Third test between West Indies and Pakistan.

"It's one of those pitches where you can't force the issue. We saw that when Pakistan was batting. It's not that easy to score," Powell said. "It's not a pitch you just come and just dictate. Obviously as the game goes on the pitch is going to get more difficult to score runs on."

During the West Indies innings, Roston Chase was forced to retire hurt, setting the hosts back in their bid to stay afloat against Pakistan in the decisive third and final Test of the Brighto Paints presents the Q Mobile Cup Series.

Chase was forced to leave the field, unbeaten on 60, after he was struck on the right elbow from a Muhammad Amir bouncer, leaving compatriots Shane Dowrich, not out on 20, and skipper Jason Holder, not out on 11, to bat through a nerve-wracking final hour to carry the Windies to 218 for five at the close on the second day of the contest at Windsor Park.

Chase was taken to hospital for X-rays and the full extent of his injury will not be known until tomorrow morning, when West Indies will be hoping to offer further resistance to the purposeful Pakistani attack which has been led by leg-spinner Yasir Shah with 3-108 off 33 overs.

Powell made 31 and was one of the top-order batsmen that got starts without carrying on. Fellow opener Kraigg Brathwaite added 29, the same score for Shai Hope before all three fell to Yasir.