The 2014 Commonwealth Election Mission places electoral reform on top of the political agenda: But, Dominica's Electoral Commission, what happens now? 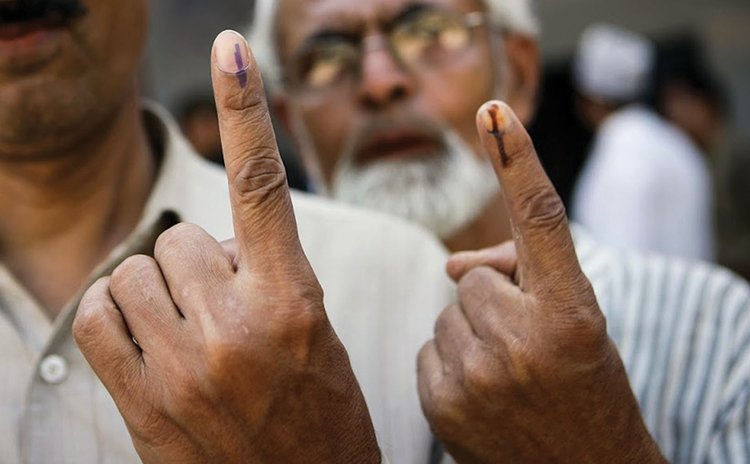 Dominica's general election of 8 December 2014 was free but it was definitely not fair. That's the conclusion of the four-member Commonwealth Observer Mission who monitored the general election in Dominica from 1 December to 13 December 2014. And in its report, made public last week, the mission has left the Dominican electorate with no uncertainty that they believe that the system by which we elect our government is severely cracked. How much of it is to be repaired, or repairable, before Dominicans go to the polls again is an important consideration.

As we have repeated in this newspaper for many years, the major aspect of electoral reform is the establishment of campaign finance regulations and standards. The mission was absolutely clear in its recommendation although the officials reported that Dominican political parties were not passionate about such changes. Here's what the mission said about campaign finance regulation:

"The Mission recommends that the Electoral Commission, guided by international best practice, draft appropriate reforms for national discussion and debate. This should form the basis for a solution relevant and applicable to Dominica. "It is recommended that the legislative reform requires each political party to file a return within 28 days of the election, detailing the expenditure of funds spent on the campaign. This should be carried out at a national and constituency level.

"All MPs and candidates should be subjected to appropriate sanctions should they fail to comply with campaign finance legislation.

"While the Mission makes no firm recommendation given the variety of legislation in the Commonwealth, the Parliament may wish to consider a law either prohibiting or limiting foreign funding of domestic political parties from companies not registered locally, or from persons who are not citizens of the Commonwealth of Dominica.

"The role and composition of the Integrity Commission should be reviewed, to allow for the strengthening of auditing and reporting mechanisms during an elections cycle, and in particular to oversee campaign financing".

Almost everyone who has witnessed political campaigns here will attest to the fact that it takes large amounts of money to organise and run these events. And the Mission reported that all political parties were aware that campaign events have become too expensive over the past few elections. On that issue the mission reported:

"There was a general lack of clarity on how political parties spent their campaign funds, and the Mission was not able to ascertain the actual budgets for the campaigns from either side. We witnessed elaborate entertainment events, which were free to the public, and were told that the cost for providing such entertainment at political rallies was exorbitant, therein inflating the costs of campaigns. However, it was relayed by one political party that, in many instances, the cost for putting on the concerts and other entertainment was absorbed by friendly regional or international sister political parties.

"The Mission heard frequent allegations that one political party had considerable resources due to the support of foreign donors, while their opposition was funded by the proceeds of illegal activities. The Mission could not substantiate either of these claims and did not receive any credible evidence of unlawful behaviour. Nebulous involvement from "sister parties" was consistently alleged to have taken place on both sides of the political divide".

Over the past few elections, for instance, the two major political parties spent tens of millions of dollars on billboards, radio, television and newspaper advertising; the bussing of supporters to mass rallies (that now resemble massive fetes); paying air tickets for persons from the Diaspora to travel here to vote, and on campaigning from house to house and village to village.

In fact during the recent bye-election in the Soufriere Constituency we again witnessed how uneven the electoral playing field was in Dominica when the Dominica Labour Party (DLP) outspent the United Workers Party (UWP) almost 20 to one.

But the level of unfairness in the Soufriere bye-election was not as bad as the 2014 general election campaign that was undoubtedly one of the most expensive elections ever held in Dominica. Unconfirmed reports indicated the DLP alone spent more than EC$40 million on that election campaign. Hence, we are always amazed by the indifference of Dominicans towards what boils down to the actual purchase of Dominica's electoral system by persons unknown. We note too that although the UWP spent considerably less than the DLP in the 2014 general election campaign, the opposition has also failed to disclose it sources of financing.

So, we need to begin talking about establishing campaign finance laws and finding ways to enforce them. Otherwise the culture of political corruption will continue to corrode our citizens' faith and confidence in the elected process.

In his statement to the press about a year ago on the issue of electoral reform, Prime Minister Roosevelt Skerrit mentioned the contentious, and probably illegal, practice of political parties paying the transportation costs of hundreds of Dominicans who travel from overseas to vote.

Mr. Skerrit proposed that his Government would be seeking to change the law on that issue to make the practice legal. In May 2017 Skerrit's government followed through by introducing an amendment to the electoral laws that specified that providing air transportation to electors or supporters in the Diaspora was not illegal. The DLP argues that it is unlawful if such transportation of electors or supporters is provided for the purpose of inducing persons to vote for a particular candidate and or a party when otherwise they would not vote for the candidate in question.

Again, the Mission believed the provision of transportation to electors in the Diaspora gives a particular party with unlimited resources a large and unfair advantage.

"The opposition party and members of the public the Mission spoke with alleged that Dominican nationals living overseas have been bribed to vote for a particular political party, through the purchase of return airfare to Dominica and cash disbursals.

"The ruling party openly acknowledged that it paid for the return of nationals, but stressed that this was not bribery, as the individuals are known supporters. The point was made that both political parties provide domestic transportation for supporters of their party, and that buying airplane tickets is a natural extension of this.

"The Mission however feels that while such activity may not legally constitute a bribe, it does not reflect international best practice. Moreover, the ability of the incumbent government to pay the airline cost of potential voters compromises the competitiveness and fairness of the electoral process, and thus ultimately represents an abuse of incumbency".

But, unfortunately, many of these recommendations outlined in the 2014 Commonwealth Mission report will not be implemented any time soon. In fact the ruling party believes that campaign reform as the mission has outlined will severely reduce its chances of retaining many seats at the next general elections. Hence we believe the battle for fair elections in Dominica has just begun.