GARTH JOSEPH: Before & After NBA 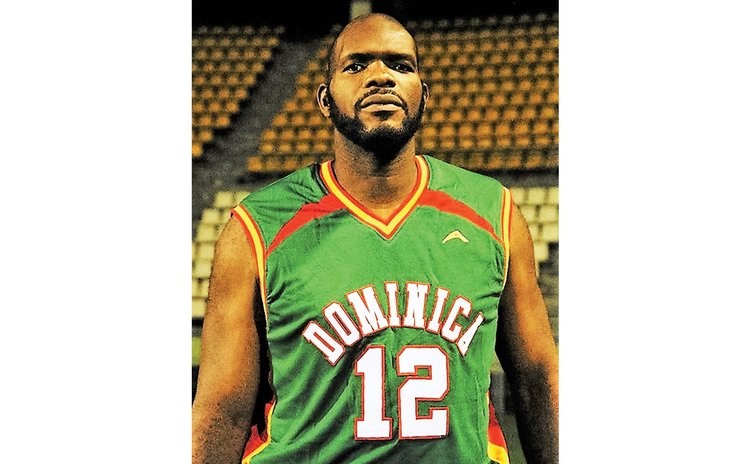 The previous Jump Ball edition focused on Garth Joseph's move to and short stint in the NBA; we also touched on his playing in Europe. This was as penned mostly by Mickey Joseph and originally published in Tropical Star (and The Independent) in December 2000.

Let us now peek at Garth's contribution to local basketball prior to being drafted to the NBA, his involvement in the sport overseas pre- and post-NBA, and his contributions here after his European, Asian and African engagements.

Garth McArthur Fitzgerald Joseph hails from the Gutter-Tarish Pit area and in his early youth he loved playing football… not basketball!

Garth entered the world of competitive basketball at age 16 playing in the Sports Division's "Schools" League, firstly for St. Mary's Academy and then for Clifton Dupigny Community College (CDCC). In the 1992 "Schools" League for example, he amassed 78 pts (3rd highest for CDCC), including 27 pts as his best game-score that year.

Upon graduating from CDCC Garth joined Flames (Senior) in the national league, and by 1994 he wore Dominica's National Team's colours before leaving the State on a basketball scholarship to attend and play for College of St. Rose in Albany, New York (1994-1997).

While at St. Rose, Garth returned to Dominica in 1996 to play with the national team in the 1996 CARICOM Basketball Championships in Trinidad; he received the award for Best Defensive Player for Dominica in that tourney.

And as noted in the Tropical Star and The Independent articles, Garth's stint in the NBA – first with Toronto Raptors, then Denver Nuggets - was cut rather short due to an ankle injury.

After NBA, Garth crossed the Pacific to China where he played in the Chinese Professional League. There he was a dominant figure, and was even described by the Chinese media as the "Yao Ming Killer". Ming played for NBA's Houston Rockets, from 2002 to 2011.

After spending five years in China he moved to the Iranian League where he played for four years, with Saba Battery and two other teams before returning to the USA, and then back to Dominica in 2009.

Garth played professional basketball in seven countries. Outside of North America he played in China, Egypt, France, Greece and Iran.

According to Wikipedia, "One of the (Mansfield) Hawks' notable players was 7ft 2in, 315 pound centre Garth Joseph, a dominating presence with a physical appearance resembling Shaquille O'Neal." MansfieId Hawks was one of the teams in the International Basketball Association (IBA) League.

Following his return to Dominica, Garth contributed to local basketball as a player in the national league, a member of the national team, and a coach.

With Garth back at home basketball lovers came to see what our "local, home-grown giant" and product of the NBA and other professional basketball leagues had to offer to basketball fans here.

Garth played with three Premier Division teams between 2009 and 2015. Starting with X-Men, he later moved to the then newly-formed No Look (2013, 2014), and finally Prowlers in 2015. In 2013 he led No Look in scoring with 147 pts in the Regular Season, including game-highs of 35 pts on two occasions, firstly against league champions Blazers then versus Tigers.

Garth got re-selected to Dominica's National Team for the revitalized Windward Islands Basketball Tournament, held in Grenada in 2010. He was also a member of Dominica's team that participated in the Sugar-Creole Tournament in St. Kitts, and then in Dominica (also involving Martinique) in November 2012.

And while resident here recently, Garth travelled regularly to Guadeloupe where he played with Juventus in Sainte Anne's League.

It is important to note that in May 2012, with the experience gained in the NBA, etc, Garth became a Licenced FIBA Basketball Coach, utilizing his skills with his school's team.

Garth also served on Dominica Amateur Basketball Association's Executive as Treasurer in 1995, and taught Mathematics at St. Mary's Academy before returning to the United States in 2015.

Now at age 44, Garth has retired from playing 'ball. But the Dominican basketball fraternity looks forward to him returning sometime soon to continue contributing to the development of the sport here.