NCCU adds one more scholarship in 2017 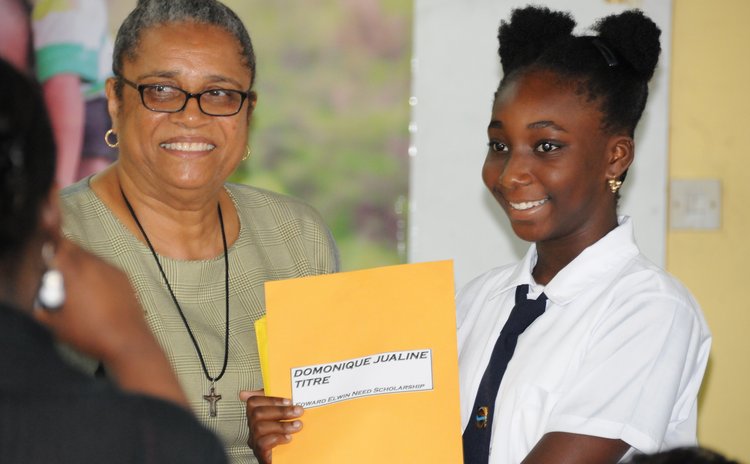 If you thought the National Cooperative Credit Union (NCCU) could not add another scholarship to its long list, think again.

At a ceremony at the Dominica Public Service Union (DPSU) conference room on Valley Road on Wednesday last week, the DPSU gave away 15 scholarships in 2017.

"Last year we introduced the Johnson Joseph George Thomas scholarship and this is awarded to students of members in the Castle Bruce area," said NCCU president, Josephine Dublin, the main speaker at the function. "This year we are making a further addition of one new scholarship, the Haynes Baptiste scholarship."

According to Dublin the NCCU spent more than $75,000 on its scholarship programme for the 2016/2017 academic year.

"We are now in our 7th year of existence and over the last six years we have spent over $400,000 under our annual scholarship programme," Dublin said. "We are glad to be in a position to make a difference in the lives of our members."

Dublin said the credit union has invested in youth development through the scholarship scheme for more than 50 years and since the formation of the NCCU in 2010, the total number of scholarships available each year has more than doubled from 7 to 15.

In her speech, Dublin told the students that their secondary education had just begun and she urged them to make the right choices. And, she warned, the NCCU would be following up, checking on performances.

"Engage in wholesome activities, cast aside all distractions, nurture within you a grateful heart and remain on the path you have chosen," Dublin said. "We need to know how they are performing so that early intervention can occur if necessary."

Dublin followed up on statements that NCCU Acting Chief Executive Officer (CEO) Curth Charles made in his presentation to the ceremony.