Free and fair elections for the ordinary man 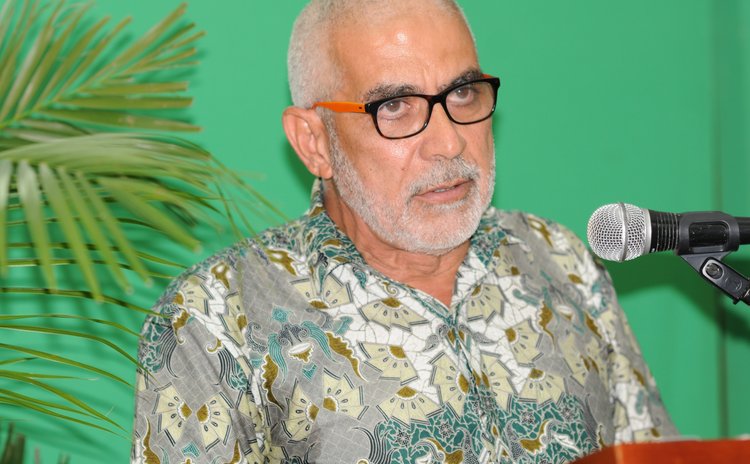 The Dominica Freedom Party (DFP) thinks that an ideal electoral system will ensure that the electoral process is free and fair for the ordinary man.

"No reform, legislation or amendment to the legislation should make the process less free or less fair for the ordinary man.

"And the responsibility is on the Chairman (of the Commission) to protect the people against any infringement of the right of the ordinary man to compete freely and fairly," DFP leader Michael Astaphan asserted.

He said that electoral legislation must always protect the ordinary man, which can only happen if there are checks and balances to inhibit a majority government from passing legislation that tramples the rights of the minority collectively or individually.

"It's to ensure [a candidate] is able to participate in the election and to be confident that he can win the election because the only difference between he and the other man is his ability to convince people that he can manage their affairs," he said.

Astaphan added that the DFP wants to see laws implemented that compel the public declaration of election campaign financing and set limits on campaign contributions, which the party believes will help to eliminate bribery and treating.

The DFP believes such laws will force political parties to be more choosy about who they accept funding from because they will have to reveal funders' identities and how much they contributed.

"Campaign financing [disclosure] does two things…it ensures there is a limit to how much you can spend and raise. It eliminates having drug dealers, money launderers etc. funding our political process . . . if they fund it they will want you to support their activities," Astaphan said.

The DFP also wants those with the responsibility to oversee and ensure free and fair elections to pay close attention to how a ruling party uses Government resources from about three months before General Elections.

He noted that in the run up to elections, the Government "always seems to always find persons who are poor and need to fix their roof and want cement, galvanised [sheets] and lumber".

He asserted, "It compromises the integrity of the Commission. How are you going to be on a commission, making thousands of dollars from a man . . . how would you want him to lose? That's how I see it."

The DFP contends that persons should be prevented from serving as members of the Electoral Commission if they are providing significant goods or services to the government for financial gain, either personally or through their agents or agencies.

Astaphan also said his party continues to fight for equal access to the State-owned media by all political parties to prevent unfair manipulation of information reaching the electorate from these sources.

The DFP leader added that his party is also seeking the urgent implementation of laws requiring voters' ID cards, as well as the compilation of a new, clean voters list to stop perennial irregularities from continuing to afflict the voting process.