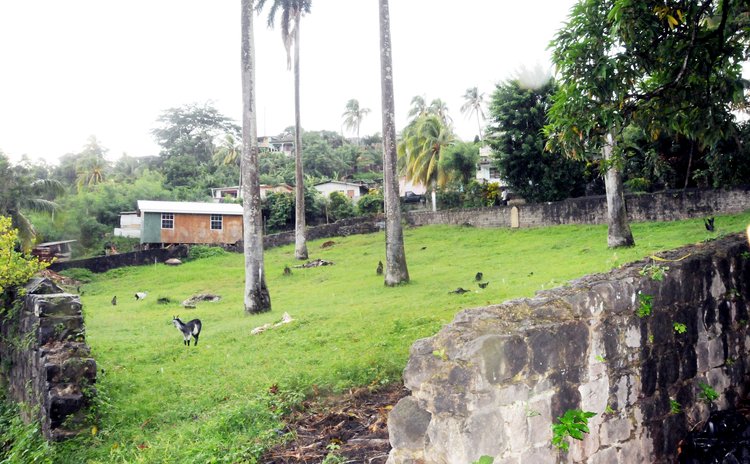 Environmental health officials are concerned that residents of the Kings Hill are building houses near a military cemetery located in the area.

Anthony Scotland, the Chief Environmental Health Officer said: "They are encroaching on that very important space. From what I have seen, very soon people will have their buildings on it. We can actually close that cemetery down and make it into a park because people are no longer being buried there."

Scotland concerns stem from the fact that space in cemeteries in the Roseau and environs is a major problem and that military cemetery has been abandoned.

"Over the years people started building houses around it and we are not happy and have to investigate and deal with that matter," he stated.

Historian Dr Lennox Honychurch told the The SUN that the area was the grave yard for the military but better use can be made of it at this point.

"The area has a gate facing to the north and the reason being it's facing the garrison. There are also two larger markers there in the name of Major Trotter and the other for Joseph Jones who was very instrumental for developing and maintaining the Botanic Gardens…so as an honour, he was buried there (although) he was not a soldier," Dr. Honychurch said.

He said that in1854 the British pulled off their troops from Dominica and no soldiers have been buried there since.

"The place was maintained very well but it was abandoned in the 1960's and presently is loaded with bushes and all kinds of mess," he said.

Dr. Honychurch suggests that the cemetery can be used as a public cemetery.

"There is need for cemetery space and it can be reopened for the community of Kings Hill and I am an advocate for that. Some people are of the view that it should be used as a tourist attraction but it is just not conducive for that purpose any more since it is surrounded by so many buildings in an urban area and it is unlikely that the tourists will come up all the way in that area to see a couple cemeteries," he said.

He is of the view that "the public cemetery is in need of a rest and we are asking for space, so I am of the view that this area should be opened and used as such, that will also help to ensure that squatters don't encroach on that land," Dr. Honychurch said.