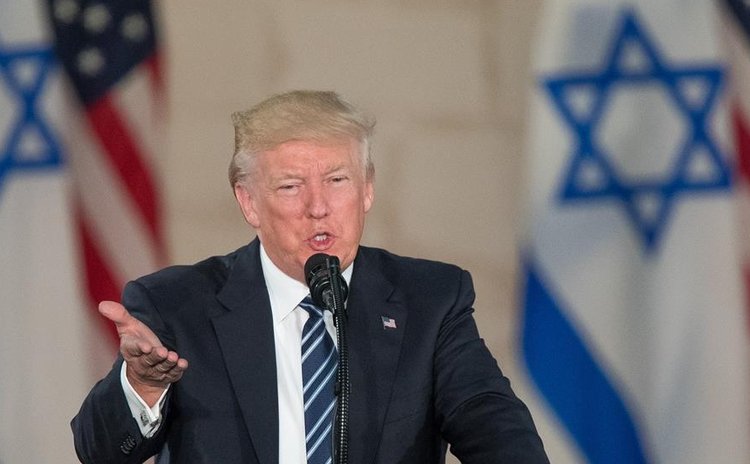 U.S. President Donald Trump delivers a speech at the Israel Museum in Jerusalem on May 23, 2017

WASHINGTON, Dec. 6 (Xinhua) -- U.S. President Donald Trump announced Wednesday his recognition of Jerusalem as the capital city of Israel, and instructed the State Department to begin the process of moving the U.S. embassy from Tel Aviv to Jerusalem.

"I am determined that it is time to officially recognize Jerusalem as the capital of Israel," said Trump, adding he has judged "this cause of action to be in the best interests of the United States of America and the pursuit of peace between Israel and the Palestinians."

"This is a long overdue step to advance the peace process and to work towards a lasting agreement," he argued, saying his announcement is just a "recognition of reality," which he thought could be "necessary" to achieve peace.

Although the U.S. Congress passed the Jerusalem Embassy Act in 1995 which required the relocation of the U.S. embassy in Israel from Tel Aviv to Jerusalem, former U.S. presidents, including George W. Bush, Bill Clinton and Barack Obama, consistently renewed a presidential waiver to delay the relocation.

The status of Jerusalem remains one of the core issues in the Israeli-Palestinian conflict. So far, the international community does not recognize Jerusalem as the capital of Israel and no foreign countries base their embassies in the city.