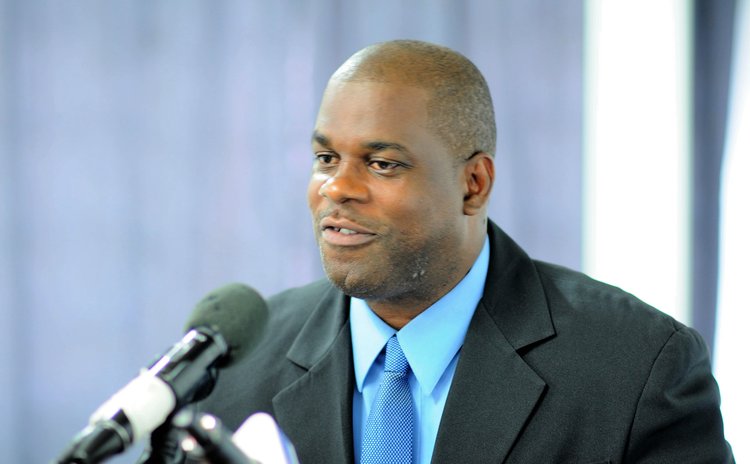 Joseph "Zico" Isaac shocked Dominicans today with the news that he had become an "independent" candidate, whatever that means in Dominican politics.

Isaac, the current Parliamentary Representative for Roseau Central, said at a press conference at the Windsor Park Sports stadium that he had solicited the advice of many Dominicans before taking the decision, one that left him with "a heavy heart".

"I have decided that we will be better served in the interest of all concerned if I step away from the United Workers Party and pursue the interest of Roseau Central and Dominica as an independent member of parliament," he said reading from a prepared speech and did not take questions from the press afterwards.

Isaac said he will now be free to criticize or support the policies of the ruling Dominica Labour Party (DLP), "consistent with my philosophies, beliefs and its impact on the people I serve."

But one wonders what the future holds for Isaac who narrowly defeated Alvin Bernard, the DLP candidate, at the last general election held in 2014. Isaac won by a mere 22 votes (923 to 901).

Recall that independent candidates have not had much success in Dominican politics unless they were aligned to the ruling party.

There are the obvious examples of Conrad Cyrus of Grand Fond and Pat Stevens of Marigot who were "independent" candidates in the Eighties but both were clearly aligned to the Dominica Freedom Party of Dame Mary Eugenia Charles.

Already there are rumours that Isaac may have taken a few steps into the DLP camp. More details later

Isaac will certainly not be the only UWP politician who has parted ways with the party in dramatic fashion. Recall that Julius Timothy, who was the UWP deputy leader crossed over to the DLP in May 2005 and Loreen Bannis Roberts, the current United Nations ambassador, moved from the UWP to the DLP just after she won the Castle Bruce seat for the UWP in 2000.

Some background: Isaac is a graduate of the Dominica Grammar School, Sixth Form College and the New Mexico State University, where he pursued studies in Economics; he also holds a Master's Degree in Business Administration at Georgia State University.

Before becoming a politician Isaac was a teacher at the Dominica Grammar School; he was also an employee of the Ministry of Trade, Industry and Commerce in 1993; a former operations manager at P.W Bellot and Company Limited; former industrial engineer, plant manager and purchasing manager at Colgate Palmolive-Dominica; former programme manager of Business Gateway Project.