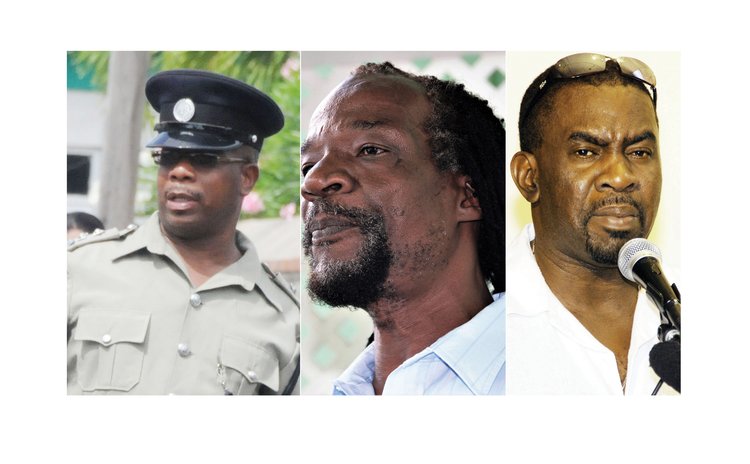 Dominica's court has taught radio talk show hosts an EC$160,000 lesson. That's a very expensive one. The warning from the court: Callers to your programme must get their facts straight otherwise you, the host, will be liable.

The two local talk radio personalities and Q95FM, an opposition-leaning radio station, were the defendants in a libel suit brought on in December 2015 by Superintendent of Police Cleville Mills.

In two separate radio programmes, the "Hot Seat" and "Politics" three years ago, Peltier and Allen allowed two anonymous callers to make statements, without admonishments, that implied Mills "was a dishonest and corrupt individual," the judgement stated.

The problem began in 2005 and 2006 when Mills, as the officer in charge of the Marigot Police Station, was unable to account for US$16,000; he was subsequently directed by the Commissioner of Police to repay the sum. Later, the Police Service Commission (PSC) took disciplinary action against Mills and in 2010 the PSC found him guilty of four of the five charges. But Mills appealed and in 2014 the Public Service Board of Appeal squashed the findings of the PSC on the basis that Mills was not given a fair trial.

Peltier's and Allen's defense of justification and fair comment were "struck out for disclosing no reasonable grounds for defending the claim," Master Corbin Lincoln said in the judgement.

"While the defendants did not themselves utter the defamatory words, they made no effort to correct the callers but rather appear to have endorsed their views by their actions or lack thereof notwithstanding that they were aware that the decision of the PSC was quashed," wrote Corbin-Lincoln in the judgement.

Peltier contends that he was not aware of the decision to squash Mills' charges when the callers made the potentially libelous statements on his call-in radio programme.

At the beginning of the seven-page defence Master Corbin-Lincoln said since the defenses were not allowed the court only had to assess damages.

"Having seen and heard Mr. Peltier and Mr. Allen it does not appear to me that they are remorseful for allowing the defamatory publication. They have offered no apology to date," Corbin Lincoln wrote. "In my view the conduct of the defendants has aggravated the damages".

But it appears that the crux of the matter, as far as the Master was concerned, was that Mills has "never been convicted in a court of law of the offence of theft."

While assisting the court in arriving at damages, Heather Felix Evans, Mills's lawyer, suggested that the three defendants should pay a total of EC$500,000 for aggravated and general damages.

But Master Corbin Lincoln concluded that "having regard to all the circumstances of the case" she was awarding Mills a total of EC$ 160,000.