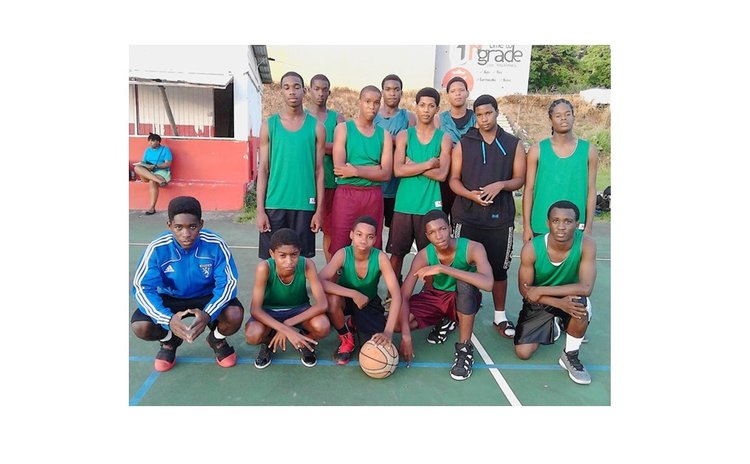 Collectively, the article's two parts covered junior basketball (a.k.a. Division II, Junior Division, Division III, as well as Under-16 Division) from 1969 through 2013. Meanwhile, there has been no competition in what used to be the 3rd level men's division of the national basketball league since 2014.

Part II also touched on the renaming of the divisions of the National League, to the point where Division III then became known officially as "Division II", etc.

Subsequently, following the Association's 2018 Annual General Meeting it was announced that there will not be a national league in 2018. That said, a 3rd level men's division of the national basketball league would be very welcome if reintroduced when the DABA league returns in 2019.

Meanwhile, the Sports Division must be commended for staging the first post-Hurricane Maria basketball competitions among our "junior" (school-age) players. The Under-20 Girls League tipped off in March 2018, while the Under-20 Boys competition bounced off following the Easter break.

During the era of basketball in the national league's junior divisions, we witnessed the active participation of schools in those divisions. Three teams from St. Mary's Academy, three from Dominica Grammar School, and one each from Roseau Boys School and Grand Bay Primary School were on the national league rosters at various times between 1969 and 1988. In addition, a girls' team from the Portsmouth Secondary School played in the Women's Division of the National League in 2016.

The rural communities were also very well represented in the junior divisions, with teams from the north, south, east, west, south-east, north-east and Roseau Valley competing. Of course, teams from Roseau proper, Goodwill, Pottersville and Newtown were also battling for championship honours among the "junior" and young adult players.

Fluctuations in the number of participating teams were also quite evident from year to year. However, most importantly, several players who made their on-court debut in the junior divisions went on to become outstanding players in the senior division, and some even represented Dominica on the senior national team, while a small number also eventually captained or coached the team.

To begin listing players who began their basketball career in "Juniors" and made it to the national league's top division might land Jump Ball into trouble for missing out so many players' names. However, a few such players must be mentioned.

The Sports Division, whose basketball programme currently consists of several basketball competitions and festivals among the secondary as well as primary schools (separately), is now into its 31st year of organising the sport among schools on Dominica. The Schools League was inaugurated in 1987, with 5 teams competing that year. (The 28th November 2016 edition of Jump Ball featured exclusively, "Schools in Dominica's Basketball Development.")

It must be noted that in August 2017, the Dominica Amateur Basketball Association launched an Under-17 Basketball Festival in Dominica. Participants included teams from secondary schools, 7Six7 Sports Club and others. Unfortunately, that Festival was not completed due to the passage of Hurricane Maria.

Finally, it must be noted further that the national basketball league's junior division in its various forms and nomenclature, provided an avenue for teenage basketball players - not necessarily representing educational institutions - to display and develop their skills and talents. It is now five years since the junior division was discontinued by the national association and one wonders whether Dominica's basketball will ever see that level of competition again, bearing in mind the current state of the sport in the national league post-Hurricane Maria.