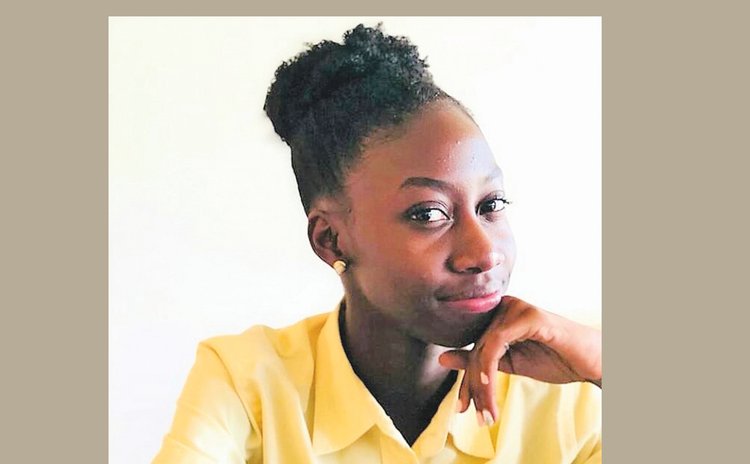 Gaël Thomas, 19, has been dipping her toes into the sea of fashion design for five years now. On Friday 17th August she takes a plunge, a head-dive.

That's when she will really be introducing herself to Dominica's fashion design world with the "Every Woman-Fashion Affair" that will be held at the Clara House: The Lounge in Picard Portsmouth from 8pm.

The title of the show is inspired by Thomas' belief that fashion gives women new freedom to be themselves.

"You can wear anything you want as long as you express yourself," said Gaël in an interview with the Sun ahead of the fashion show. "Every woman, everybody can wear everything they want. It's about freedom of expression."

"Life is short; express yourself," she said.

As a young woman who grew up watching American television fashion shows, it is not surprising that Gaël has decided to give fashion design at least a try.

Most young women dream of designing clothes, said Penny Loretto in an article "How to become a Fashion Designer"

"If you've spent your formative years watching "Project Runway," reading Vogue magazine and visiting fashion blogs, you're likely harboring a desire to follow in the footsteps of fashion icons like Versace. But do you actually have what it takes to make it in the field?"

Loretto added: "Many girls and young women dream of becoming fashion designers, but it doesn't mean they're cut out for the profession".

She said that a potential fashion designer must be highly creative and artistic.

Gaël says she became interested in fashion design when she began putting clothes onto the body shapes that she had drawn.

"I only found out that I liked it when I actually did it," said Gaël.

Before that she just drew everything-flowers, whatever.

"Strong drawing skills are a must in fashion, as designers need to be able to take a concept and get it down on paper," wrote Loretto.

What about the skill of putting the drawing together, giving it life?

Gaël said she first started the process by using crayons to colour her creations colour but now she uses modern computer applications like Abode Illustrator.

After that process, it's now the job of the semesters who converts the illustration to a dress but throughout the process the designer is intimately involved.

"You have to see how the dress falls," Gaël said "There's a lot of things you have to take into consideration".

Loretto calls that skill a "Good Eye for Detail".

"For example, how do you envision the pleats falling on a skirt or a blouse cinching at the waist? What about ruching, ruffles or embroidery? It is often the detail that makes a product unique, so this skill cannot be overlooked, even if you're great at visualizing and drawing," Loretto writes.

Then to be a good fashion designer you have to understanding texture, color, and fabric.

"You'll need to know whether a garment would work best in silk chiffon or another material. You'll also need to know which combinations of colors will be most flattering on a piece of clothing," she wrote.

"I'm learning as I'm going along," said Gaël "You're not only designing for yourself but for people as well".

One of her goals is to design a carnival band.

Nevertheless, in the near future Gaël will be giving priority to earning a medical degree which she intends to begin perusing in 2018 from the St. Georges University in Grenada.

But she loves fashion designing and that could take her anywhere. "I don't ever want to stop," she said. "I can see it being a side thing, but you never know."

Loretto, the author of that article on how to be a fashion designer, did not mention the need for the potential designer to demonstrate drive and enthusiasm and love for the art form. Gaël seems to possess these ingredients in abundance.