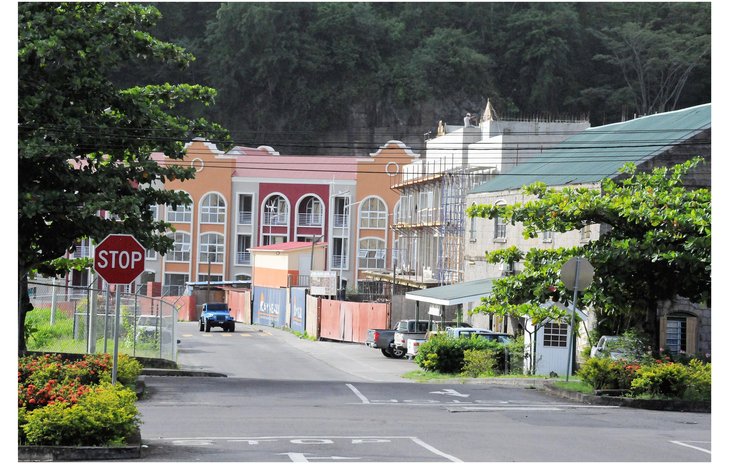 As the 51-apartments-eight-commercial-space-complex, being built on the banks of the Roseau River near the Dominica Grammar School, shows signs of completion, the number of applications is growing. Over 10 times as many applications as there are available apartments have been received, The Sun can reveal.

A source working on the project which will also be equipped with shops, grocery stores, and other facilities has informed the Sun that while the project is expected to be completed within the upcoming months, a determination has not yet been made as to who will occupy these new homes.

Melissa Skerrit, the Parliamentary Representative for the Roseau Central constituency at a walkthrough earlier this year admitted that allotment of apartments will be a difficult decision as the government has received more than 500 applications.

Among the many who are hoping to call this new building their home are some of the previous occupants of locations who were asked to move with the assurance that they would be among the first to move in.

Since then, one of these individuals claimed that she has been told that just like everyone else, they would need to submit an application and a committee or board would ultimately decide who is selected.

"This is completely unfair," she stated. "I am hearing that people from Silver Lake and all over are sending in their applications and we have to compete with them."

For answers on the selection process, the Sun turned to the Ministry of Housing, who referred us to the Roseau Central constituency office. We were unable to get feedback from that office.

The lack of clear and transparent guidelines for allocating the apartments, along with the fact that it is the Cabinet that decides, has led some observers to worry that politics could be the determining factor, which our source who is closely linked to the project have confirmed.

According to the insider: "As far as I know a serious vetting process is done from all the applications. A team is reviewing them to ensure that none are supporters of the opposition."

It is not immediately clear when the Cabinet will hand down its decision on the new homes but we're being told that if all goes well, the recipients will be handed their keys just in time for Christmas.

Questions have also been raised on the safety of the complex given its proximity to the Roseau river which has caused serious damage in the past.

To get expert feedback the Sun turned to the Director of ACE Engineering Limited and President of the Builders & Contractors Association of Dominica (BCAD), Mr. Anthony LeBlanc, who spoke in a personal capacity.

While the senior engineer said he has not seen the plans for the buildings, he is hoping that all safety precautions were implemented to safeguard the individuals who will be moving in. At the same time, LeBlanc lamented on Government's lack of consultation with the public on this building.