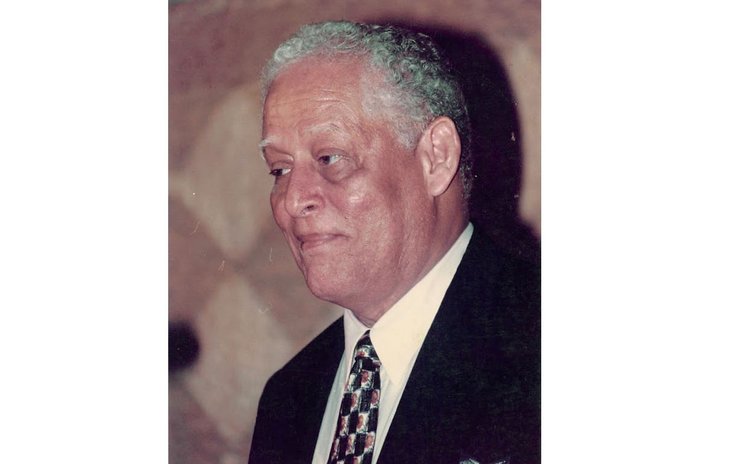 I was but a rookie, in UWI years, when Sir Alister, after blazing a global trail, wheeled and returned to the realm as a Caribbean colossus to serve us as Vice-Chancellor. The timing was perfect. His presence powerful and turbulent. Together, they constituted an image reflective of the ground scorching cover drive we had come to expect of Viv Richards.

The academic community, long accustomed to having its way, wished to be wooed. Alister was not the wooing sort. They braced for the anticipated bruising winds of change. His full blown reputation, sown in the richest soils of Caribbean scholarship and matured in cut and trust of post-colonial regional political governance, was respected and celebrated in the global corridors of the United Nations. No one doubted that he was a no-nonsense transformative leader. He arrived at the Mona campus in the August of 1988, but his identity had departed from Geneva for Kingston in May while the poui bloomed; colourful rumours of his selection were everywhere.

It was a most extraordinary summer. The West Indies cricketers defeated England 4-0 in the Test series, against the background of two successive 5-0 "black washing". It was the climax of the 50th anniversary celebrations of the University's service to the region. It was the 20th anniversary of the purging of Walter Rodney from the home campus, an action that opened up in a biblical discursive fashion; what wrong had this brilliant man done to deserve such drastic treatment? And, as fate would have it, Sir Alister arrived at the crease to find that not only was the wicket slippery, but the dark clouds were gathering and the skies were about to open up.

Some called it 'an act of God'. We named it Gilbert. Its fury found and focused upon Jamaica while the Vice-Chancellor was meeting and greeting his colleagues. It blew the roof off the Mona campus. It wasn't personal; it was September 12th. Thirty-six years had passed since Kingston had felt such ferocity. History and hurricane had huddled to greet the arrival of the man tipped to bring the winds of change.

The Vice-Chancellor, then made his debut, on a wicket that was not only sticky but wet and in bad light. Trapped between the looming legacies of the Rodney Affair and the immediacy of Gilbert's despair, the goodly Sir erupted like the Soufrière he knew. He took control of the crease and stamped his authority at the wicket. The pace of his institutional reforms and transformation was hot like fire.

I was his Dean of Humanities at the distant Cave Hill campus long considered in the periphery. He was urged by his cabinet to slow it down, but he had no time for medium pace or middle thinking. He was in a hurry. West Indian society, he said, had no time to waste. Haste, he believed, was necessary to guide our flight from the colonial scaffold. Our golden age, he thought, is in the future, not the past. From the rookies at the base of the academic community came a loud applause.

In short order the traditional, British style three-term structure of the academic year was blown away and the American oriented semester system became the new order. The modernisation of The UWI had begun. He assembled his leadership team to transform its academic operations, restructure its finances, and raise the standards of academic performance.

The decision to explode the age old ad hoc administration of the regional institution arrived with a big bang, and arising from the dust was something sensational—systematic five-year strategic planning. Leading from the front as a development economist, he took senior and middle management into brainstorming retreats to put the Jurassic world behind us. The University took a giant leap into the world of hands-on development.

He rolled out a road map for the OECS, the sub-region that had been left behind in respect of having a university eco-system to infuse national transformation. University degrees were franchised to their community colleagues. He demanded a distance education revolution to facilitate human resource development. He developed an access to higher education which was branded the 'Hub and Spokes' model; The UWI was the hub and community colleges were the spokes.

Simultaneously, he engaged the global space to make his case. The United Nations system was called upon to provide funding for capital works to yield capacity across the region in areas of science and technology. The global private sector was tapped for support in building new dormitories to secure the expansion of student enrolment from the region and internationally. Within this context, he secured the coveted tax exemption status for the American Foundation for The UWI that has since hosted an annual fund raising gala in New York.

Critically, Sir Alister moved with alacrity to institutionalise a culture of formally rewarding academic, administrative and service efforts. The annual Vice-Chancellor's Awards for Excellence have since been the benchmark for accomplishment recognition. The modern UWI in its management dimensions took sustainable shape and form within his imagination, orations and actions.

In effect, what can be described as 'The McIntyre Moment', born in a hurricane, represents the beginning of a new era. The image, for example, of three landed campuses, stuck in their status as independent seeking entities, was disrupted and set aside. The new strategic planning process foregrounded the 'One-UWI' principle. In this regard, he might have saved the University from its internal impulse to be too overtly campus-centric.

A generation of academics, leaders, and administrators was schooled in the McIntyre model and mentality. It is evident today, twenty-one years after his term, that our strategic planning cycle is still driven by the compelling imperative of economic development and social transformation. His vision, and his mission, remain robustly relevant.

Last year when Times Higher Education ranked The UWI among the best universities world-wide, my first, visceral reaction on receiving the report, was to thank Sir Alister for insisting upon the highest standard. That, I thought, was his greatest gift to us.