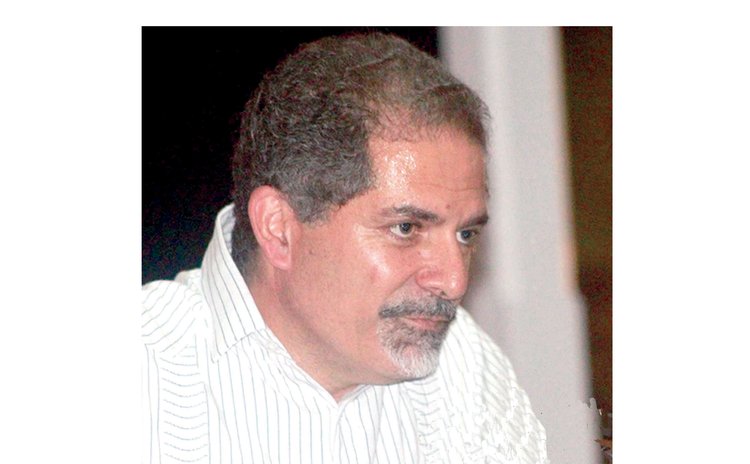 In a David-vs-Goliath act, a lone Gay Man is taking on the buggery laws of Dominica and by extension the English-Speaking Caribbean.

This Anonymous Gay Man deserves my respect and has my full support. What will it take for him to have your respect, your support? He is not asking that you approve of his sexuality, only that you do not condemn him a criminal because of it. I understand that the majority of Dominicans believe that homosexuality is unnatural and against God's teachings, but does that justify its classification as a criminal offense? We need to examine the moral vs. legal argument, come to terms with the evolving religious consensus, learn the tragic lessons from the Alan Turing story and decide for ourselves on which side of history we wish to fall: the side of hatefulness and intolerance or the side of love and understanding.

Has anyone noticed that Buggery did not make it into the ten commandments, but Adultery did? Yet Adultery is not illegal but Buggery is? Both are practiced by consenting adults. One is a choice that destroys families and is very common. The other is an expression of one's sexuality, not a choice, and has no damaging consequences to society, yet is punishable by 12 years in Prison. The bible specifically forbids fornication but the state does not classify it a criminal offense. What about the Commandment "Thou shalt have no other gods before Me"? Should we criminalize Islam, Hinduism and Buddhism, and sentence persons of these faiths to prison because their personal beliefs differ from ours? Why is it then that we are so willing to support laws enacted more than 146 years ago and throw a man or woman in prison because of their sexuality? No one is asking us to change our moral position on homosexuality – that may take generations - simply to agree that our laws are largely to protect us from each other (murder, theft, rape, abuse) and not to dictate what two consenting adults can or cannot do in the privacy of their bedrooms. Our Anonymous Gay Man is not asking you to approve of his sexuality, only not to criminalize it. Is that too much to ask?

Pope Francis recently said in his paper "On Love in the Family", "A pastor cannot feel that it is enough simply to apply moral laws ... as if they were stones to throw at people's lives." He urges more common sense, stating "By thinking that everything is black and white, we sometimes close off the way of grace and growth." He emphasizes that "unjust discrimination" against gays and lesbians is unacceptable. In a bold and admirable move, Bishop Gabriel Malzaire, the head of the Roman Catholic Church in Dominica, called for the elimination of criminal penalties for homosexuality and an end to "all forms of violence" against LGBT people, stating "I wish to make it clear that the Catholic Church in Dominica adheres to the call of the Holy See in its statement to the 63rd session of the General Assembly of the United Nations on the Declaration of Human Rights, sexual orientation and gender identity, "to condemn all forms of violence against homosexual persons as well as to urge all States to take necessary measures to put an end to all criminal penalties against them. …" The Catholic Church maintains that free sexual acts between adult persons must not be treated as crimes to be punished by civil authorities." Neither Pope Francis nor Bishop Malzaire are asking that we change our beliefs, only that we do not use those beliefs to perpetuate violence against persons based on their sexual orientation. Is it too much to ask that we put an end to the violence that our Anonymous Gay Man has suffered time and time again?

Alan Turin, the father of computer science and artificial intelligence, and the man who unravelled the Enigma code used by Nazi Germany that helped bring World War II to an end sooner, possibly saving thousands maybe millions of lives, was stripped of his job and chemically castrated after being convicted of gross indecency in 1952 for having sex with a man. Homosexual sex was illegal in Britain until 1967. Turing killed himself in 1954, aged 41, with cyanide. He was granted a royal pardon by Queen Elizabeth II in 2013 for the criminal conviction that led to his suicide. And just last week it was announced that his face will grace the UK's £50 note, and will join former prime minister Winston Churchill, writer Jane Austen, and artist JMW Turner who are the faces of the new £5, £10, and £20 notes. The life of a genius was brought to a violent end by a society that chose hatefulness and intolerance over love and understanding. Our Anonymous Gay Man remains anonymous for fear that his life is brought to a violent end, or that he is confined to years in prison. Have we no love and understanding? Where is our humanity? What wrong has this man done us? What really is the crime?

Which Side of History

In his statement, our Anonymous Gay Man says that these laws "not only incite and encourage hateful and violent conduct towards LGBT individuals" but also "condone police discrimination and inaction against such acts of harassment and violence". Whether Civil Rights or Gay Rights, don't All Lives Matter? Nelson Mandela said: "For to be free is not merely to cast off one's chains, but to live in a way that respects and enhances the freedom of others." As history unfolds, let us continue to choose the side that respects and liberates, that removes chains, that ends discrimination. Our Anonymous Gay Man may not represent your moral ideals, but he is not a criminal, and his courage and quest deserve your respect and support.

p.s. Congrats to Daryl Phillip & MiRiDom for their relentless commitment to the cause