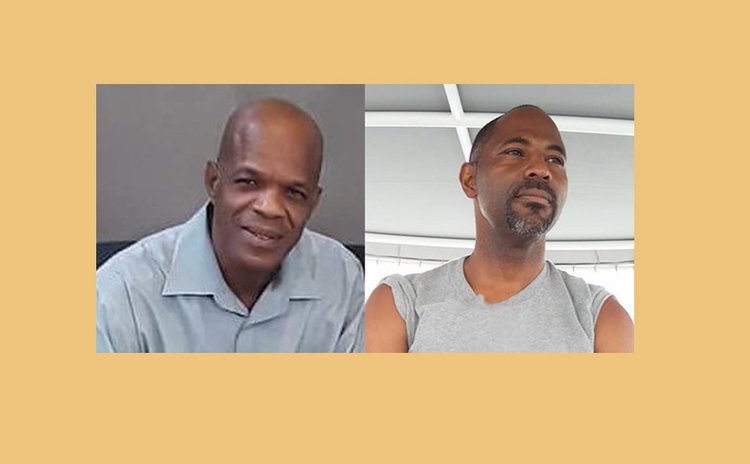 Part III of the article continued the presentation on Flames teams in the lower divisions; gave a summary of Championships and other accolades received by Flames; members of Flames who represented Dominica on the national team; Flames' fund-raising efforts; tours undertaken; Flames' sponsors over the years, and members of Flames who served as referees.

Coaching & Scouting For Flames: The person who carried the brunt of the coaching of Flames teams over the years was Alphonso Etienne. He was a player-coach on the senior team and functioned in that capacity until 1988 when he retired as a player. He then continued coaching the team, and later the 2nd level division Flames until they bowed out at the end of the 1999 basketball season. He had also served as coach of Flames Junior in the early '80s.

Fanso also served as scout for the team. However, as Perry Payne, a founder member of Eagles noted, "Fanso would recruit those young players who he observed had potential, train them, and made 'something' of them. They would then play with Flames for a while, only to be drafted by some other top team in the league."

Flames Members Who Excelled In Their Fields: Among the very large retired Flames family are a number of former players who went on to excel or contribute towards national development in a variety of fields. Among them are the following, and they are presented in a quasi-alphabetical order:

Alvin Bernard – 'Aloe' is an Economist in the Ministry of Planning. He temporarily branched off into politics when he contested – unsuccessfully – the Roseau Central Constituency seat in the 2014 Parliamentary General Elections. He was referred to as 'Aloe for Rozo' during that election campaign.

Robert Guiste – Starting off as a Primary School teacher at Roseau Boys' School, 'Renix' went on to obtain a Bachelor of Education degree followed by a Master of Education degree, earning both from the University of the West Indies. Subsequently he became a Part-Time Lecturer, then Adjunct Lecturer at the Dominica State College. Currently he holds the office of Senior Education Officer – Curriculum, Evaluation and Measurement in the Ministry of Education & Human Resource Development. Renix is still involved in competitive basketball.

Garth Joseph – Garth went on to become the first 'born and bred' Dominican to play in the NBA in the United States of America. He also played in leagues in Canada, Africa and Asia and after retiring from professional and sub-professional basketball he taught at his alma mater, St. Mary's Academy.

Kevin Sorhaindo – Shae has become one of the leading disc jockeys (Dee-Jays) on the island, using the name Mr. Mix.

Bernard St. Claire – Bolo is the proprietor of Bolo's Mobile Hotdogs, offering tasty hotdogs, a variety of local juices and other goodies.

REMARKS: It can be said that like all fires, Flames were ignited, they intensified, became very hot in the 1970s and early 1980s, only to eventually get extinguished with time.

During Flames Senior's lifetime, they went from being champions in the League and Knock-out competitions on multiple occasions, to dropping temporarily to the bottom of the standings one year. Other once-mighty local teams go through similar phases.

Flames individuals contributed significantly to Dominica's senior national team, and it must be noted further that Flames, Pros, Hoyas and Prowlers are the only team names that have appeared in all three of the main men's divisions of the DABA over the years, even though not simultaneously. Flames, however, competed in the Senior and Junior Divisions in the early 1980s, and subsequently in the Senior and Intermediate Divisions in the mid-1990s.

Jump Ball wishes all ex-Flames players all the best.

Jump Ball thanks Fanso, Aloe, Neckers and Yannick Bethel for their contributions towards the production of this article. Additional information obtained from basketball season reports for 1988 and 1989, as well as archived newspapers (1974 – 2000).