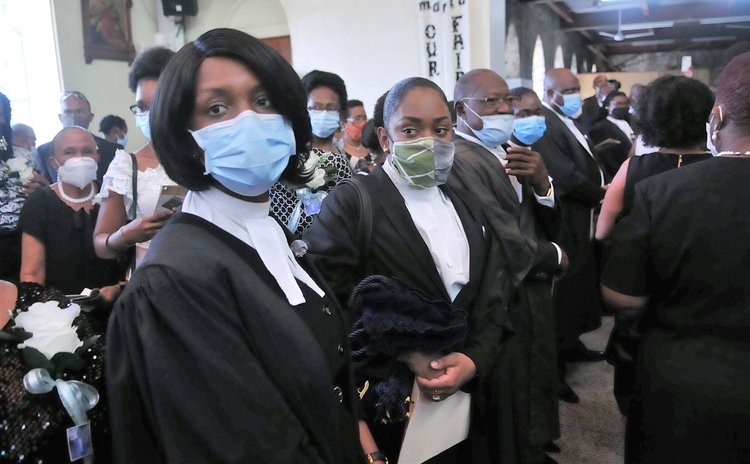 I am very saddened to learn of the untimely passing of Attorney at law Michael Bruney. Mikey was a personal friend and also a staunch advocate of the Caribbean Court of Justice (CCJ). I e was one of those who went to great lengths to champion the role of the Court in the building of a Caribbean jurisprudence.

I vividly recall when the CCJ visited Dominica on the occasion of the accession of that State to the Appellate jurisdiction of the Court. It was Mikey who went out his way to organize a range of pleasant social engagements in Dominica for judges and staff of the CCJ who attended the event.

The CCJ, the JURIST Project and the Judiciary of Belize will forever owe Mikey a tremendous debt of gratitude. At great personal sacrifice he was engaged as a Consultant to manage a JURIST funded programme that encompassed backlog reduction and the institution of modern case management practices in the Belize Court of Appeal. The programme was a huge success. It fulfilled all its goals and placed the Court of Appeal on a new trajectory.

Mikey appeared before me on several occasions as an Attorney-at-law while I was a judge of the Eastern Caribbean Supreme Court. I he also appeared before the CCJ last year in the case of George V Guye, a very important case on the impact of the Title by Registration Act On adverse possession and the relationship between that Act and the Real Property Limitation Act. I was always impressed by his submissions which were crisp, analytical, incisive.