"She enjoyed helping people grow and become better versions of themselves" 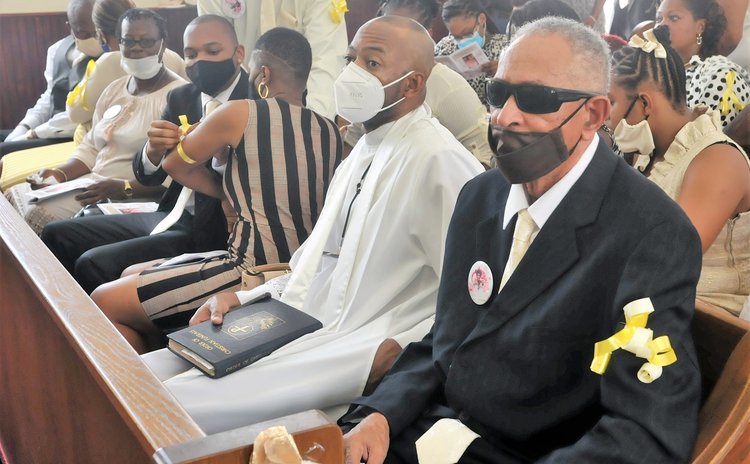 Adora Rosemerlyn Shillingford nee Colaire was born on the 22nd April 1953, to Roselyn Wayland Colaire and James Colaire. She was the first of seven siblings: two boys and five girls. Her siblings in chronological order are Jonathan Colaire, Coralithia Colaire, Jermainia Colaire­ Didier, Eversley Colaire, Lydia Colaire John and Liliana Colaire-Cognet. As a young child, Rosemerlyn assisted in the upbringing of her siblings with her mother and the preparation of pastries for sale with her father.

Rosemerlyn was enthusiastic about learning and it showed in her academic and professional career. At the age of five, she entered the Portsmouth Government School but was later transferred to the Roseau Girls School, when her family moved to Roseau. She later attended the Convent High School (CHS). On completion of her high school education, she returned to Portsmouth to teach at Savanne Paille Primary School. While at that school, she forged a lifelong friendship with her colleague Mrs. Clara Savarin. She later taught at the St. John's School in Portsmouth, to be followed by a position at the Portsmouth Secondary School.

After marrying Reginald St. Hayvisse Shillingford she moved back to live in Roseau. This time she was sent to teach at the Roseau Girl's School. Sometime thereafter she went to study for a Bachelor's degree in science at the University of the West Indies (UWI), Mona, Jamaica. On returning to Dominica, she taught at the St. Mary's Academy before finally settling down in her last teaching position at the Dominica Grammar School (DGS).

While at DGS she enrolled in the counselling programme at the UWI Open Campus, Dominica site. Her quest for learning propelled her to further pursue a Master's degree in Psychology at the Mona Campus. Her years of counselling were the most memorable years of her career. She enjoyed helping people to grow and become better versions of themselves.

Rosemerlyn mothered three children: Lindon and Hilthia Johnson and Father Conan Shillingford. Because of her love for maturing and caring for children, she adopted two other children: Edward Coipel and Palestrina Rolle. Her grandson, Dante Richards, brought her much joy and she was happy in her role as grandmother taking great care of him.

Rosemerlyn's husband describes her as one of the best people he has ever met because of her love for God, family and her fellowmen. Though she suffered much, through her ailments, she did not lose faith nor hope. She constantly declared that she was "Blessed and highly favoured". As a lay preacher, she tried her best to instil the virtues of morality to those she ministered to. Rosemerlyn showcased her love for the Lord in all she did. She served Him faithfully in reverent fear and for this the family is certain that she has found favour with her Lord and Saviour.