Roosevelt Skerrit: Never expose a prime minister to such indignity 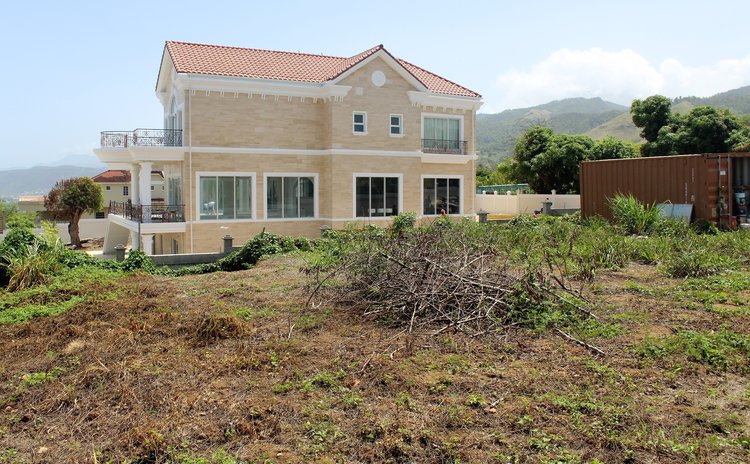 As Prime Minister Roosevelt Skerrit tells it, when the late Venezuelan President Hugo Chavez offered him an aircraft, to be piloted and managed by Cubans, Skerrit said he turned down the offer.

"I said no," Prime Minister Skerrit told parliament last week. "I said no".

That was one of the instances that Skerrit used to point to his humbleness and his being untethered to the trappings of the prime minister's office.

"Being in the office of prime minister has reinforced my need to be humble, Mr. Speaker," said Skerrit. "When I go to Vielle Case I walk with my little short pants, with my slippers on my feet."

Skerrit added that when he visits New York on official business he ignores the transportation and security offerings of the United States Secret Service and "I jump in a Yellow Cab and go and do my business."

Skerrit was responded to acerbic criticism in parliament, and elsewhere, from the Opposition United Workers Party (UWP) about the allocation of more than a quarter million dollars a year to rent a building at Morne Daniel for the residence of Prime Minister Skerrit.

"We believe Cabinet's decision to rent the palatial property at Morne Daniel "so outrageous in its defiance of logic or of accepted moral standards that no sensible person who had applied its mind to the question to be decided could have arrived at it," Opposition Leader Lennox Linton said in a response to the 2020/2021 budget address of Prime Minister Skerrit.

Linton added: "The timing of the decision, when, in the face of a pandemic that has decimated Dominica's economy, and when the government has been unable to provide poverty-stricken citizens with a modest stimulus package, the Cabinet's decision is not only irrational but also unconscionable.

"The Prime Minister says he will be the first to admit that '$32,000 in any currency is a lot of money', but he is concerned that people want him to 'live in a banana shed'. In other words, in Dominica at this time, if the dwelling house is not a palatial mansion rented for $32,000 per month then it is a banana shed".

During the meeting of Parliament, Ministers of the Roosevelt Skerrit administration defended the expenditure for the rental of the house at Morne Daniel.

With arms swinging and fingers jabbing an animated Reginald Austrie, the Minister of Housing, tried to justify the monthly rental allocation.

Austrie said the allegations of wastage of taxpayers' money was "an utter deception."

"The issue of the residence for the Prime Minister is not an issue of cost, Mr. Speaker. The Leader of the Opposition just doesn't want anybody to live in decent accommodation," Austrie said. "When the prime minister was living in Belfast for $3000 a month he was making noise about it. When the prime minister's rent before the hurricane was $10,000 at Morne Daniel he was making trouble about it. When we constructed a building for the president he said if he ever became prime minister he will turn the president's residence into a cultural centre, Mr. Speaker, a cultural centre".

"If this is not vicious and deliberate, tell me what it is, Mr. Speaker," Austrie said.

Trade Minister Ian Douglas added that the current residence of PM Skerrit at the State House of President Charles Savarin, built by the Chinese at a cost of EC$27 million in 2013, was infested with mould fungus.

"Where is our conscience, Mr. Speaker," Douglas said adding that the prime minister is required to entertain foreign dignitaries. "We are small, we are poor, but we are dignified in this country."

At his turn to address parliament on the issue, Prime Minister Skerrit said he agreed with Austrie, that cost was not the issue.

It appears that Prime Minister Skerrit's feelings were hurt by the level of debate, even from his supporters, about the cost of renting the house at Morne Daniel. He says he was subjected to a level of embarrassment.

Neither Prime Minister Skerrit nor the other ministers addressed the issue of the ownership of the Morne Daniel residence, a charge leveled by the Leader of the Opposition.