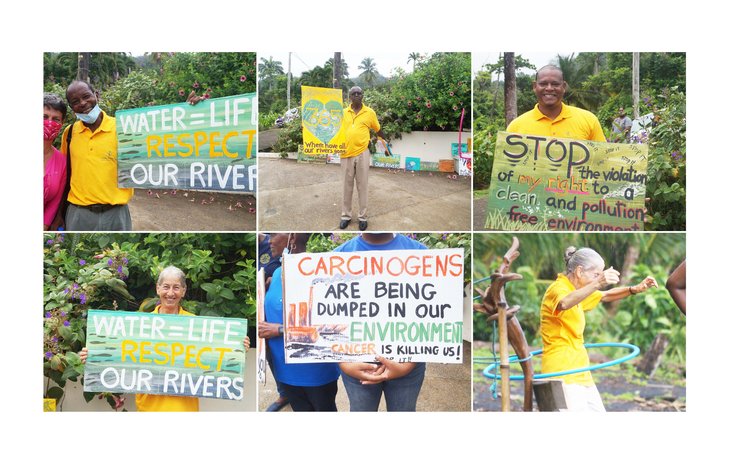 Posters at the 2020 WRD event at Rosalie

Dominica, the land of many rivers, observed the 15th anniversary of World Rivers Day on Sunday, Sept.27, 2020 at Rosalie.

The day began with Mass at the Rosalie Retreat Centre, a water ritual, and a message from Minister of the Environment, Cozier Fredrick. Clean-ups of the beach and rivers were followed by river baths and an opportunity to learn about endangered sea turtles and conservation efforts of NET at Ark Tourism & Turtle Centre.

The local effort was organised by Catholic Priest Father Franklyn Cuffy and the World Rivers Day committee. World Rivers Day international is a celebration of the world's waterways. It highlights the many values of rivers and strives to increase public awareness and encourages the improved stewardship of rivers around the world.

The goal of World Rivers Day continues to be strengthening communities to appreciate their rivers.