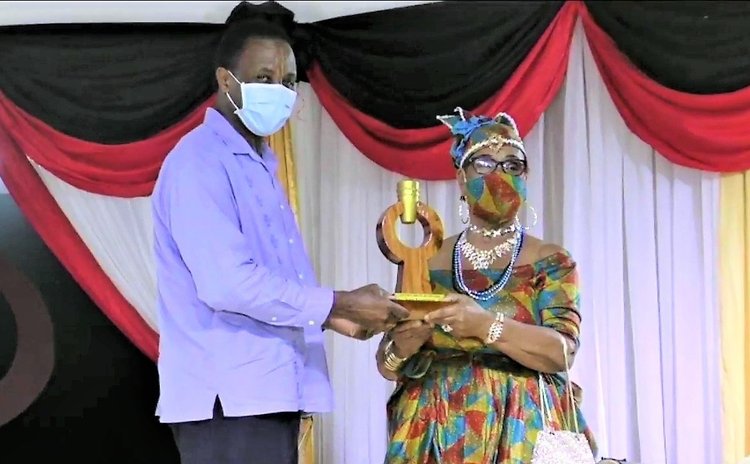 Joan Frampton, the cultural enthusiast of Pointe Michel was among eight persons and groups who received the Golden Drum Award on Saturday evening at the Old Mill Cultural Centre.

Frampton who said in a story in the SUN on October 27, 2020 that she had not been recognised for more than three decades in the business of cultural song and dance, must have been surprised.

"They are maybe waiting for me to be on a walking stick before I am recognized," she said to the SUN. "I am not begging for it for I will be more than happy to receive it".

However, a source close to the Cultural Division told the SUN that Frampton was on the list of awardees but Frampton was unaware of the nomination when she spoke to the SUN.

The Golden Drum Award, presented annually by the Cultural Division and the National Cultural Council, is the nation's highest cultural award; it is presented to persons and groups who have made significant contributions, for more than 20 years, to the development and promotion of the culture of Dominica.

The other Golden Drum awardees were:

The awardees of the Special Awards are:

At the ceremony on Saturday, the Division of Culture also announced that it presented Brandsmark with a prize for the best decorated business place for the 2020 independence celebrations and the Dominica Air and Sea Ports Authority (DASPA), the best decorated government department.