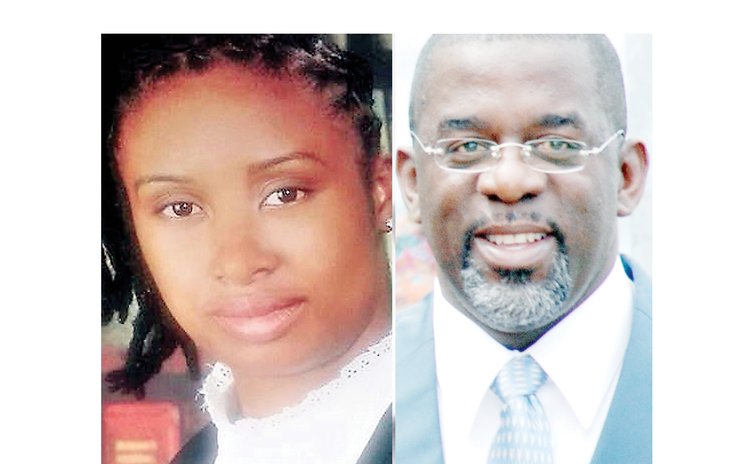 Nolle prosequi, discontinue or simply, put it in the garbage can.

Call it what you may but this essentially is the request to the Acting Director of Public Prosecution (DPP), Sherma Dalrymple from the Prime Minister's lawyer Lennox Lawrence. It concerns the 2014 treating case on which the Caribbean Court of Justice (CCJ) recently ruled.

"I believe this matter should attract your immediate attention and intervention, and that of the Attorney General," wrote Lawrence in a 24th March, 2021 letter.

When Lawrence's letter was leaked, it immediately spiked the political temperature in Dominica. The opposition maintained that it was in the public interest to prosecute the matter.

"This is about elections with integrity", said Leader of the Opposition, Lennox Linton. "I am saying that any decision on the part of the Attorney General or the Director of Public Prosecutions to intervene and discontinue these proceedings following the decision of the CCJ is so outrageous [and] in defiance of logic."

Earlier, the lawyer for the complainants, Cara Shillingford responding to SC Anthony Astaphan wish for a discontinuance described the request as "very inappropriate and improper".

"When you look at the decision of the court, it says that all persons are equal before the court. That is something that the CCJ highlighted and stressed. That it cannot be that there are two classes of citizens. The law must apply to the elected politicians just as it applies to ordinary men and women," Shillingford said.

"Why are you doing this to the people of Dominica? Why are you tarnishing your very promising legal career, and to soil it because of jealousy, envy and greed against the Dominica Labour Party?" Austrie said.

However, Shillingford said Austrie's claims of jealousy were "completely ridiculous."

In addition, the Committee of Concerned Lawyers (CCL) of Dominica rejected the idea of discontinuance, labelling the notion as an obvious attempt to prevent the Prime Minister and others from answering the treating allegations.

"Any and every call to Nolle prosequi the matter is an attempt to interfere with the independence of the DPP, and not a voice of justice or a voice of national interest and as such must be made inaudible and further impotent," the CCL said in a media release.

"This case is of paramount significance to the jurisprudence of the Eastern Caribbean but in particular to Dominica because of the alleged widespread electoral corruption perpetrated by the Dominica Labour Party, the violation of the supremacy of the rule of law, inequality before the law, the lack of integrity of our electoral system, and the repeated undermining of our fledgling democracy," the CCL added.

The issue stems from 2015 criminal complaints filed by citizens Antoine Defoe, (now deceased), Mervin John Baptiste and Edingcot St. Valle in which they accused Skerrit and the DLP members of treating during the 2014 general elections by hosting two free concerts ahead of the polls.

Consequently, summonses were issued by a Magistrate against Skerrit and the elected members who then sought judicial review of that decision.

The High Court decided that the summonses were invalid.

However, the complainants appealed that decision at the Eastern Caribbean Court of Appeal and won. This was, in turn, appealed by members of the DLP, leading to the CCJ's decision on March 9, 2021. The CCJ dismissed the appeal and upheld the decision of the Eastern Caribbean Court of Appeal, reinstating the summonses for the accused individuals to appear before a Magistrate to answer to the treating complaints.

After this decision, Senior Counsel Anthony Astaphan, attorney for the Prime Minister and others, said the CCJ judgment would not augur well for future elections in Dominica and the wider Caribbean as it would open the door for political parties to use the Magistrate's Court "as a weapon to harass and to prosecute and persecute and to undermine the continuity of governance and a newly elected government."

Astaphan added that the DPP should intervene in the prosecution of the case, as has been done in other Eastern Caribbean jurisdictions such as St. Kitts and St. Vincent.

The fate of the case is now in the hands of Acting DPP Dalrymple who has to accept or deny Lawrence's request for discontinuance on behalf of Prime Minister Skerrit despite the recent decision CCJ.

In the letter copied to lawyers on both sides, the Chief Magistrate and Attorney General, Lawrence asked the acting DPP to exercise her power under section 72 (2) (c) of the Constitution.

Lawrence indicated that the complaints should be discontinued because it does not disclose the statutory offence of treating under section 56 of the House of Assembly (Elections) Act and, "in any event", the complaints "have no reasonable prospect of resulting in conviction".

Lawrence further argued that the complainants in this matter deliberately failed to make any report to the Police Department to investigate or to seek out the DPP's office for advice on whether an offence was made out, and if yes, to prosecute. He also stated there is no "express right" to private prosecution under the Constitution.

Lawrence further noted that hosting a public concert on two days during an election does not constitute treating and that the complaints do not point to any specific person who was corruptly treated and who was influenced to vote for a particular candidate on the days in question.

"There is no allegation whatsoever in the complaints that my clients, or anyone whatsoever, provided free alcohol and food to those who attended the concerts," Lawrence said.

Lawrence also contends that it would be an abuse of the court process to prosecute charges of election treating more than six years after elections – which have already been overtaken by another election – and when several members have retired and no longer participate in parliamentary politics.

"This would lead to chaos and political persecution, and is certainly not the way in which private prosecutions­ whatever little (if any) value it retains - was intended to be used," Lawrence wrote.

He concluded: "These reasons provide ample and compelling bases for you to intervene to prevent a potential or manifest abuse of the court's process".